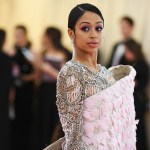 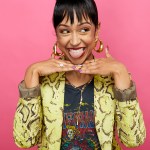 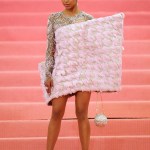 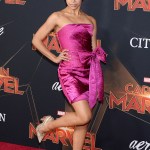 Uh oh! Liza Koshy is definitely about to find herself in another awkward situation in episode 2 of season 2 of ‘Liza On Demand!’ Watch the EXCLUSIVE teaser!

If you watched the trailer of Liza On Demand season 2, you’ve seen that Liza [Liza Koshy] will be brought into several new families after she accidentally sneezed in test tubes, leaving her DNA in the samples! In an EXCLUSIVE clip on HollywoodLife, Liza is working in the lab ahead of the her big sneeze, and it appears the medical lab just might not be the best place for her! Dressed in a white coat with all of the necessary garb to ensure she doesn’t infect the samples in place, her job is to fill each test tube with a solvent from a squirt bottle. However, the worker next to her is moving much quicker than Liza can keep up with!

In a hysterical chain of events, Liza tries to keep up with her co-worker’s pace, and spills the fluids everywhere, wiping them off the counter with random papers as she goes. The moment comes when she sniffs her aloof colleague’s perfume, and let’s out a big sneeze, right into the test tubes she filled with the solvent. Before she can do anything, the tubes are taken away to be tested, as Liza shrugs and says, “She’ll be fine!” LOL.

The sneak peek is a part of the Liza On Demand episode that will be released on YouTube this Wednesday, October 2. Liza, along with her on-screen and IRL roomies, Kimiko Glenn and Travis Coles, spoke to HollywoodLife.com in an EXCLUSIVE interview about what fans could expect in the show’s highly-anticipated second season. “There’s always moral messaging behind every episode of this show. So you can definitely expect a little social commentary in that sense,” Liza teased. “The different through lines; each of the character have their own romantic through lines, where you get to dive into Harlow and Oliver’s characters more than you really saw on season one.”

Be sure to tune in to Liza On Demand, on YouTube, with new episodes dropping every Wednesday! The entire season 2 is available to binge for YouTube Premium subscribers!