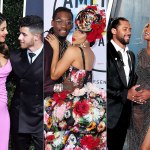 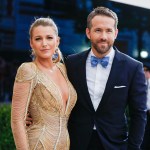 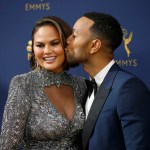 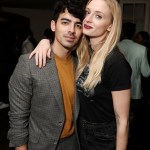 Hugh Jackman is starring in a sexy new boot ad where he goes completely in the buff except for his footwear. It dropped two days after his wife Deborra shut down rumors that he’s gay.

Hugh Jackman has had quite a buff body for years thanks to keeping in shape for his role as Wolverine. He’s showing off that at age 51, he’s still a totally ripped hunk and looks amazing without clothes on! The actor is a spokesman for R.M. Williams boots, and the company dropped a head-turning new ad featuring Hugh on Oct. 1. In it, he’s seen meeting with a brand exec, apparently completely in the buff, wearing nothing but his black R.M. Williams boots.

The ad was cleverly shot so that Hugh was seated and his privates were hidden either by the chair he was in, or the back of the exec’s head in shots while speaking to The Greatest Showman star. “Firstly, let me say, Hugh, that we are delighted that you love R.M.Williams boots,” the exe tells Hugh. The Australian-born star responds, “I’m actually, like, in love. They’re great. They’re amazing.”

“While we appreciate how you’ve literally taken the clause that stipulates you can only wear R.M. Williams,” the exec continues, as Hugh interrupts to tell him, “My word is my bond. When I say I’m in. I am all in, you know? And, honestly, it’s me who should be paying you.” Hugh’s bare legs are seen sitting up on the exec’s desk as he says it’s a “privilege” to wear the boots…as he wears only the boots.

Even though the exec “highly encourages” Hugh to wear “other clothes” besides just his boots, the actor marvels, “”Look at this! It’s one beautiful piece of leather. Beautiful stitching. And they’re comfortable,” caressing his boot while his private parts are blurred out in the shot. Hugh then delivers the pun, “The balls of my feet feel like they died and were widely mourned and just went to ball heaven if you know what I mean.”

The ad’s release comes two days after Hugh’s wife of 24 years Deborra-Lee Furness, 64, shot down rumors that husband is gay. “I see these magazines. They’re so mean-spirited. So mean-spirited. I hope people don’t buy these magazines and realize it’s all made up,” she said while appearing on the Australian TV show Anh’s Brush with Fame on Sept. 29.

Deb had to laugh off the longstanding gossip, saying “He’s been gay so many years, I was gay, too” she joked. But then she got serious, telling host Anh Do that, “It’s just wrong. It’s like someone saying to Elton John, ‘He’s straight.’ I’m sure he’d be pissed.” Another thing that ticks her off is when people say she’s so fortunate to be married to the hunk, who is 13 years her junior.

Deb was asked if she ever gets tired of people telling her she’s “lucky” to be married to Hugh. “People don’t realize that it’s actually rude to say that,” she told Anh, saying it was like she’d won a prize. She added, “Lucky because he’s the stud muffin and all that, but that’s showbiz and Hollywood and the brand of Hugh Jackman.”