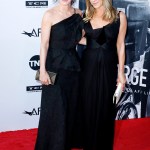 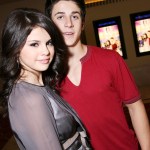 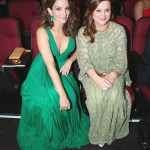 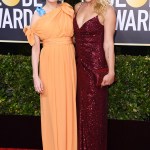 It’s all good in the X-Men universe — at least if you ask Wolverine‘s Hugh Jackman and Deadpool‘s Ryan Reynolds! The two actors were spotted taking their bromance to the streets for a coffee date at Laughing Man Coffee & Tea — which Hugh owns — in New York City’s trendy Tribeca neighborhood on Friday, September 20. Hugh, 50 and Ryan, 42, looked like they were enjoying the afternoon as they soaked up the 80 degree weather at a sunny outdoor table. They were seen laughing and smiling throughout the meeting, and happily snapped selfies and photos with fans who happened to be passing by.

The superfit Hugh got a workout in before his bro-date, as he rolled up to the shop with his bike and sporting a helmut (safety first!). The Australian actor greeted Ryan with a smile and a hug, as the two then made their way over to the shop and then a nearby park where they hung out for an hour. Their afternoon of fun continued as Hugh then walked over to Ryan’s New York City home that he shares with wife Blake Lively, 32, and their two young kids, James and Ines.

The actors have had a longstanding and rather hilarious “feud” on social media, where they exchange barbs back-and-forth — with Hugh even calling his Canadian buddy a “stage four clinger” on Best Friends Day! “The first time I’ve played #wolverine…and, actually bled. Clearly, it’s @vancityreynolds fault,” Hugh later posted — showing a photo of a cut — on his Instagram feed on August 10. Ryan hilariously responded, “I just don’t think you’ve been practicing enough.”

Ryan finally declared a long overdue truce between the duo back in January, tweeting, “Official truce with @realhughjackman! As a gesture of goodwill, I’m gonna make a beautiful ad for his company, Laughing Man Coffee. Can’t wait!,” along with a photo of the two shaking hands. They have, of course, shared the silver screen together in 2009’s X-Men Origins: Wolverine.

For the coffee date, the pair were twinning in blue as Ryan sported a button down shirt and jeans, while Hugh rocked a zip-up sweater with his denim bottoms. The always-stylish Ryan finished his look with his signature gray poorboy cap and fresh white sneakers.