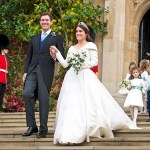 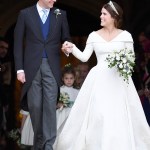 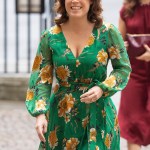 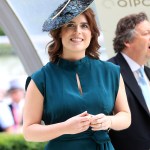 A new little royal is coming! Princess Eugenie, whose grandmother is Queen Elizabeth II, announced that she’s pregnant with her first child on Sept. 25.

The post finished with well wishes from Eugenie’s famous family members. “The Duke of York, Duchess of York, Mr. and Mrs. George Brooksbank, The Queen and The Duke of Edinburgh are delighted with the news,” it said. Eugenie’s father is Prince Andrew and her mother is Sarah “Fergie” Ferguson. In addition to the official announcement, Eugenie also shared the news on her own Instagram page.

The 30-year-old posted a photo of an adorable pair of slippers with the caption, “Jack and I are so excited for early 2021.” She also included a baby emoji in the text. In the pic, Eugenie’s hand is gripping the slippers, while Jack is holding on from underneath. There was also a photo of the two of them smiling to go with the announcement. The photo received hundreds of comments almost immediately after Eugenie posted it, with fans and friends sending the couple well wishes regarding their exciting news.

Jack and Eugenie met while she was on a skiing trip in Switzerland in 2011. They were introduced by friends and were together for seven years before Jack popped the question during a vacation to Nicaragua.

It’s been quite an exciting year for Eugenie’s family, as her older sister, Princess Beatrice, tied the knot this past summer. Beatrice was set to marry Edoardo Mapelli Mozzi in May, but their nuptials had to be postponed due to the coronavirus. They wound up tying the knot during a secret ceremony in July instead.

Eugenie and Beatrice’s cousins are Prince William and Prince Harry. Both royals were present at Eugenie’s Oct. 2018 wedding, along with their wives, Kate Middleton and Meghan Markle.