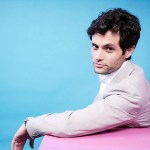 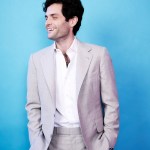 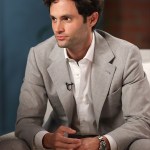 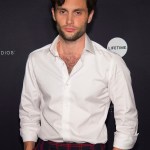 It’s a boy! A huge congratulations is in order for Penn Badgley and his wife Domino Kirke, who welcomed their first child together and shared the news via Instagram

Penn Badgley, 33, and Domino Kirke, 36, have welcomed their first baby! The former Gossip Girl star and his wife shared the exciting news on Sept. 20 after welcoming a beautiful baby boy. Domino shared a photo on her Instagram Story of the first-time dad sleeping next to his newborn little one, and it’s just too cute for words.

The couple, who wed in Feb. 2017, broke their exciting baby news on Domino’s personal Instagram account on Feb. 10. In the announcement, she shared an emotional, loving message that highlighted the pain and discouragement she endured during her multiple miscarriages. “On the road again… pregnancy after loss is [a] whole other thing,” she began the caption to her post, which featured an image of her growing belly.

Domino took the opportunity to get very real about how miscarrying affected her and Penn’s life together. “After two miscarriages in a row we were ready to call it. I stopped trusting my body and started to accept the fact that I was done. As a birth attendant, I’ve seen and heard it all.” Domino further reiterated that, “It takes everything I’ve got to detach lovingly from the losses I’ve been present for and be in my own experience.”

Domino also shared her own personal struggles as a young mom when she was pregnant with her first child, Cassius, 10, whom she shares with musician Morgan O’Kane. “When I was pregnant at 25, I knew nothing. I had no community. I dove in blissfully unaware about birth and its mysteries.” Having been through so much, though, Domino confessed that “with 10 years worth of experience to pull from, I treasure my birth community and the knowledge I have. You’re already teaching us how to stay in the day in a way we’ve never had to, little one. Thank you.”

The duo originally tied the knot in a secret Brooklyn (he did play Dan Humphrey of course!) courthouse ceremony on Feb. 27, 2017 surrounded by only a few close friends and family. The couple then threw a massive wedding celebration on June 24 in New York so that all of their family and large circle of friends could be on hand to share in their love. Heidi Klum, Mariska Hargitay, and Debra Messing were among the celebs on hand to celebrate!

Since their marriage in 2017, Penn and Domino have been trying to build their family. Penn is already a wonderful stepfather to Domino’s son, and now, after a number of personal pitfalls, the couple are excitedly ushering in this new chapter of their lives together. We can’t wait to see pics of the tiny tot!