Ashley Martson, 34, has confirmed she’s splitting from husband Jay Smith, 22, again. The 90 Day Fiancé star took to Instagram on Saturday, Sept. 19 to confirm the news. “Before the stories get all misconstrued I will just address it myself. Jay and I have made the decision to separate for good,” she began. “I thought I was stronger and more forgiving but I’m not. Sometimes when trust is broken, it just cannot be repaired.”

She went on to explain that the decision to split was mutual and there was no cheating involved this time, but hinted that past drama played a role. “I wish Jay the best and we are both on the same page with this,” she explained. “No one cheated. No one did anything. I simply couldn’t get over the past,” she also said. Notably, the duo recently celebrated their three-year wedding anniversary in August.

“I gave my all to this marriage and as I type this I’m heartbroken, this isn’t how I envisioned my future,” Ashley wrote. “We want to thank everyone who has supported us and were rooting for us. Have a good weekend everyone. To my close friends and family I’m sorry you’re finding out this way but I just don’t have the strength to talk about it. Please forgive me. #90dayfiance,” she concluded her message. She attached her caption to an image that read, “sometimes things just don’t work out, and it’s not anyone’s fault. it’s just the way things are.” 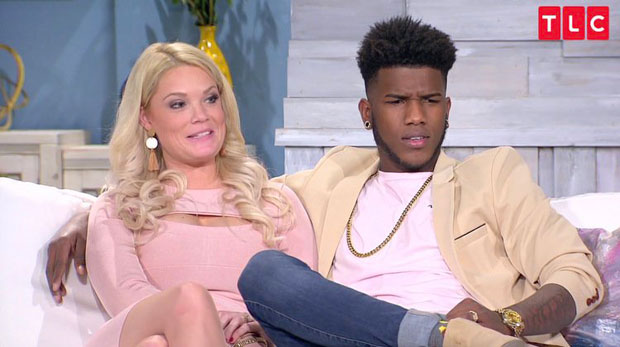 Ashley and Jay met when Ashley was in Jamaica for a wedding, which is where Jay is from. Shortly after, they began a romantic relationship and Jay proposed. From there, the couple were featured on season six of TLC’s 90 Day Fiancé eventually marrying in May 2018. The relationship has had its share of ups-and-downs: Ashley filed for divorce just eight months into the marriage before getting back together with Jay in April 2019.

It was alleged that Jay had cheated, and Ashley also filed for a restraining order. After getting back together again, she said “I feel, like, if you have trouble in your marriage or your relationship and you choose to try it again, you have to tell yourself before you get back in that relationship that ‘the past is the past…You chose to forgive for what they did in the past,” via YouTube.