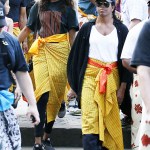 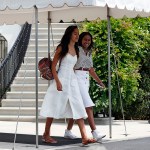 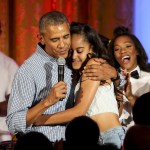 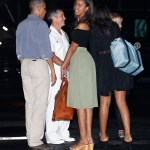 Barack Obama was an emotional wreck when he took daughter Malia to college for the first time. Michelle Obama confessed on her podcast that they both wept in the car after leaving her at Harvard freshman year!

Who knew that Barack Obama was such a big softie? Former First Lady Michelle Obama revealed on her Spotify podcast that her husband absolutely “shed tears” as they dropped off their eldest daughter, Malia Obama, at college for the first time. Michelle, 56, said that she and Barack took Malia, now 22, to lunch before leaving the freshman at Harvard just to get a little more time with her. It still didn’t soften the sting when they watched her walk away.

“That moment when she left the restaurant and we got into our car to go to the airport, we tried to hold it in,” she said on the September 16 episode of The Michelle Obama Podcast. “Then, I heard Barack over on the side just [*sniffs*]. Allen, his Secret Service agent, passed a handkerchief back to him and he was like, ‘thanks, man.'” She stressed that they both “shed some tears” during the car ride, not just Barack.

“There was just something about actually leaving her — even though she had been to sleep away camp, and had traveled. That baby is now gone,” Michelle said of her daughter. She and Barack “were better” when it came to dropping off their 19-year-old daughter, Sasha Obama, at the University of Michigan for her freshman year. Due to the COVID-19 pandemic, both girls are back home in Washington, DC, with their parents now.

Michelle said on a previous episode of her podcast that she and Barack strove to make Sasha and Malia’s childhood as “normal” as possible, even while living in the White House. That included making sure that they cleaned their own rooms and having dinner together as a family when possible. Still, they had to grow up with the Secret Service tailing them everywhere, even on the playground at at their peewee basketball games.