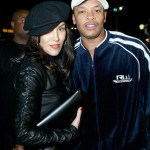 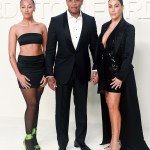 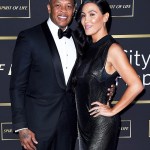 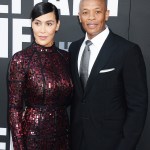 Dr. Dre’s ex Nicole Young is asking for a massive monthly amount just two months after citing ‘irreconcilable differences’ in her divorce filing. The pair married back in 1996.

Dr. Dre, 55, could be paying his ex Nicole Young, 50, a whole lot of money in the coming months. Nicole has filed legal documents requesting temporary spousal support from the Beats founder — née Andre Young — to the amount of $1,936,399 a month according to documents obtained by HollywoodLife. In addition to the staggering amount, she’s also asked for $5 million to cover her lawyer fees pertaining to the divorce, which she just filed for on June 29.

Dre and Nicole married on May 25, 1996 and share two kids together: son Truice, 23, and daughter Truly, 19, who is a current USC student. As both kids are over the age of 18, there will be no custody battle in the divorce. In the June 29 documents, Nicole cited “irreconcilable differences” as the reason for the split after just over 24 years of marriage. If Nicole is successful in seeking the $2 million payments, the amount shouldn’t be an issue for the Chronic rapper who is worth an estimated $800 million.

The couple’s pre-nuptial agreement appears to be a source of confusion in the split, as Nicole claims she was forced to signed one when they married in 1996, but that Dre ripped up the agreement two years into the marriage, TMZ previously reported. The rapper is denying this happened and is wanting the prenup enforced as they move ahead with the divorce. Currently, Nicole continues to reside at their Malibu, California home.

While Nicole and Dre’s relationship was featured in the biopic film Straight Outta Compton, the pair kept a fairly low over the years. “I’ve gotten my personal life all the way intact and made sure that it’s straight. Without that, you have no foundation. Your building is going to crumble,” he said to Rolling Stone back in 1999. In addition to kids Truice and Truly with Nicole, Dre is also dad to Curtis Young, 38, La Tayna Danielle, 37, and Marcel, 29. His son Andre Young Jr. tragically died in 2008 at just 20-years-old after a drug overdose. As for Nicole, she was previously married to retired NBA player Sedale Threatt, 58, before linking up with Dre.