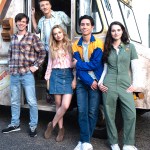 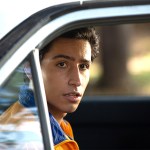 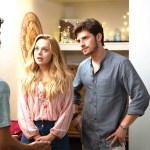 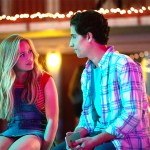 David Henrie makes his feature directorial debut with ‘This Is The Year.’ HL spoke EXCLUSIVELY with David about directing and how he got Selena Gomez and more of the ‘Wizards’ family back together.

David Henrie has made the feel-good movie of the year with BOLD Entertainment’s This Is The Year, which premieres virtually Aug. 28. The film is his feature directorial debut and reunites him with his Wizards of Waverly Place co-star Selena Gomez, who serves as an executive producer. HollywoodLife talked EXCLUSIVELY with David about how Selena got involved and how the “spirit” of Wizards is felt in this movie.

“With Selena, we have always just been friends. And that’s what’s most important to us. Work never enters the conversation outside of a friendly ‘what are you up to’ type of conversation,'” David told HollywoodLife EXCLUSIVELY. “We have no professional desire of each other ever, and that’s never been the case. I think that’s why we’re such good friends and she trusts me is because I’m probably one of the only people on the planet that I don’t ever ask her for anything or need anything from her. Totally just friends, so the way that she got involved in this is she was just always hearing about it in a friendly way and when she finally saw the film she was like, ”This is a great message. I love the message of this movie. I think people need a feel-good experience right now, especially in the quarantine world.'”

Selena and David played onscreen siblings on Wizards of Waverly Place. But Selena’s not the only member of the Wizards family David got to be a part of This Is The Year. Gregg Sulkin, who played Mason Greyback on Wizards, has an acting role in This Is The Year.

“What was great about Wizards of Waverly Place is that we were a family, and when the show ended we stayed a family, and now the family got back together to produce something else,” he continued. “The Wizards show made people smile. This movie makes people smile, so the spirit of Wizards of Waverly Place is living through this film in a different setting but with the same people behind it.”

This Is The Year puts a contemporary spin on many of the classic ’80s movies we know and love. Those movies inspired David to make one of his own. “To me, I was always a fan of classic coming of age films,” he said. “Their themes are so primal and so meaningful and always struck a chord with me. So they say write what you know or direct what you know or make what you know, and I know those movies so I really wanted to do my version of that, but with themes that are really meaningful to me and I felt applicable to young people nowadays, which is the theme of expectation versus reality applied to love. I think in the social media, movie driven, TV driven pop culture that we all live in you can expect things to be a certain way ’cause that’s all you’re seeing, but in reality that’s not always the case. I wanted to chew on that and apply that to love… It comes from a place of passion too because I learned a lot from my relationships that I have been in in my life, and I wanted to bring that to the screen as well.”

David has always been drawn to John Hughes movies, but he was determined to “flip tropes” that those movies established. “There’s a lot of good with those movies and some things we could debate,” David continued. “But I liked that overall those movies made me feel good, and that was a big goal of mine in this film, to make people feel good at the end… That’s the whole goal of the film. I’m not trying to win an Oscar.  I’m trying to win smiles.”

This Is The Year stars David’s own brother, Lorenzo Henrie, in the leading role of Josh. For David, it was a “total blessing” working alongside his brother because “the enemy of all independent films is time. Your lead actor is someone who is going to get the most time on set. You’re filming him the most, you’re spending the most time with him, so your lead actor needs to be the person who sets the pace and is able to get what you need, otherwise, you’re not going to make your day, you’re not going to get your scene, and you’re not going to have a movie. So who you cast as your lead is just paramount. It’s so important, and Lorenzo was the perfect fit and I’m so proud of him because he just came off of a show. He had all this great experience on Fear the Walking Dead. He nailed the performance. He was so prepared. He got it done on time. We trust each other. That’s what’s most important is that my brother’s my best friend. He trusts me, I trust him, and we have each other’s back. So we were able to get performances quicker and deeper than I think would typically take a director and a lead, and that was a real blessing.”

The virtual premiere of This Is The Year will take place on Aug. 28 at 7:30 p.m. ET and is open to the public. If you purchase a digital ticket, fans can join the pre-show featuring music from the film’s soundtrack, behind the scenes clips, an introduction from David, Selena, and more. After the feature film is played, Charli and Dixie D’Amelio will lead a live Q&A of the cast. The evening will an with an exclusive performance by lovelytheband. The premiere supports the PLUS1 COVID-19 Relief Fund.