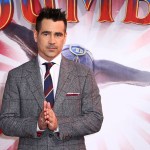 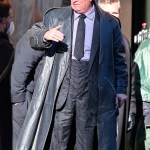 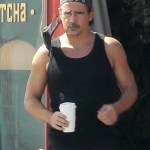 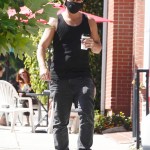 Colin Farrell plays notorious ‘Batman’ villain ‘The Penguin’ & underwent a dramatic transformation — to the point fans didn’t even believe it was him!

Colin Farrell, is that you? The 44-year-old made a brief appearance in the newly dropped trailer for highly anticipated film The Batman, and looked completely unrecognizable in a short scene! The Irish-born actor is playing legendary Batman villain The Penguin — also known as Oswald Cobblepot — and underwent a serious transformation. In a short clip from the trailer, Colin can he seen wearing heavy prosthetics by artist Mike Marino, changing the look of his face completely.

The actor can he heard yelling “Whoa — this guy’s crazy!” in a dramatic car chase scene towards the end of the epic two minute trailer, which was released on Saturday, Aug. 22. A closer look reveals that the prosthetics elongated and widened Colin’s nose, in addition to adding weight to his face. Beyond that, his hairline was dramatically receded, changing the width of his forehead area. Artist Matt went as far to clarify for a confused fan that the re-posted images were, in fact, Colin via Instagram.

The Batman stars Robert Pattinson, 34, in the title role, as well as Zoe Kravitz, 31, as Catwoman and Paul Dano, 36, as The Riddler. The chemistry between Rob and Zoe in a brief scene was off the charts, and — even though production isn’t finished — the movie looks beyond epic. Notably, The Penguin remains one of Batman’s best-known bad guys, and was iconically portrayed by Danny DeVito, 75, alongside Michael Keaton in 1992’s Batman Returns. The latest version of the DC Comic film is set for release by Warner Bros. in 2021.

Colin was recently spotted out-and-about in Los Angeles while production on the superhero film remains on hiatus. The actor hit grabbed a to-go coffee on July 26, showing off his buffed up arms in a sleeveless black tank top. Colin stayed fairly incognito with a protective face mask and matching beanie as he enjoyed his solo stroll.