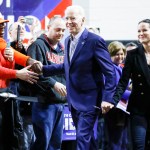 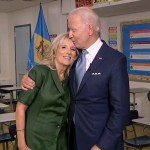 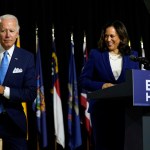 Barack Obama delivered a blistering takedown of Donald Trump during a commanding speech at the 2020 DNC. Trump, he said, isn’t ‘interested’ in taking the presidency seriously. So why reelect him?

Former President Barack Obama worked with his “brother” Joe Biden for eight years in the White House, and he’s determined to get him four more. Obama, 59, closed out the third night of the Democratic National Convention on August 19 with a passionate speech targeting his successor, Donald Trump and his “failures” during his presidency. Trump, according to Obama, is using the presidency to “get the attention that he craves,” and cannot succeed in a second term.

Barack Obama: "I did hope, for the sake of our country, that Donald Trump might show some interest in taking the job seriously. That he might come to feel the weight of the office & discover some reference of democracy that was placed in his care. But he never did." pic.twitter.com/TJdRWvqBTa

“I have sat in the Oval Office with both of the men who are running for president. I never expected that my successor would embrace my vision or continue my policies,” Obama said. “I did hope, for the sake of our country, that Donald Trump might show some interest in taking the job seriously; that he might come to feel the weight of the office and discover some reverence for the democracy that had been placed in his care.”

“But he never did. He’s shown no interest in putting in the work; no interest in finding common ground; no interest in using the awesome power of his office to help anyone but himself and his friends; no interest in treating the presidency as anything but one more reality show that he can use to get the attention he craves,” the 44th POTUS continued. “Donald Trump hasn’t grown into the job because he can’t. And the consequences of that failure are severe. 170,000 Americans dead. Millions of jobs gone. Our worst impulses unleashed, our proud reputation around the world badly diminished, and our democratic institutions threatened like never before.”

“That empathy, that decency, the belief that everybody counts – that’s who @JoeBiden is.”
– @BarackObama#DemConvention pic.twitter.com/N6kinfgu7H

Obama considers Biden his “brother,” and believes that he and Kamala Harris can restore “dignity” to the United States. “That empathy, that decency, the belief that everybody counts – that’s who Joe is,” Obama said. “For eight years, Joe was the last one in the room whenever I faced a big decision. He made me a better president – and he’s got the character and the experience to make us a better country.

“And in my friend Kamala Harris, he’s chosen an ideal partner who’s more than prepared for the job; someone who knows what it’s like to overcome barriers and who’s made a career fighting to help others live out their own American dream,” he continued. “Along with the experience needed to get things done, Joe and Kamala have concrete policies that will turn their vision of a better, fairer, stronger country into reality.”

Hours before his address, Obama released a statement with the Biden campaign teasing what was to come. “Folks, sixteen years ago, the first time I spoke at a Democratic convention, I asked a simple question: Do we participate in a politics of cynicism, or do we participate in a politics of hope? It’s a question that’s more relevant than ever today, as I prepare my speech for this year’s convention. I know the answer, and I think you do, too.” Another not-so subtle jab at his successor.

Obama didn’t endorse Biden publicly until after he was named the presumptive Democratic nominee. But when he did, he went hard against Trump. During a virtual fundraiser for Biden, Obama blasted Trump for running a “shambolic and mean-spirited” government. “Whatever it is we’ve done so far to help Joe Biden get elected, we have to do more.”

Two days before Obama’s speech, his wife, Michelle Obama, gave the DNC keynote address. The former FLOTUS urged Americans to vote on November 3, giving them a dire warning: “If you think things can not possibly get worse, trust me — they can and they will if we don’t make a change in this election. If we have any hope of ending this chaos, we have got to vote for Joe like our lives depend on it.”

If you haven’t registered to vote yet, it’s time to change that. There’s only 76 days to go before the November general election. It’s as easy of filling out the form below: