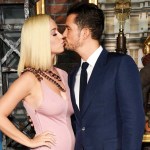 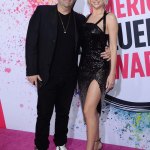 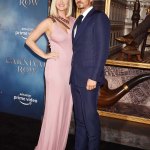 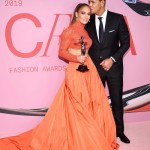 Kenny Barnes is an engaged man, once again! The Netflix star revealed that he proposed to girlfriend Alexandra Garrison, and explained how they sweetly fell in love after he finished filming ‘Love is Blind.’

Kenny Barnes will be meeting a new woman at the alter! The 28-year-old Love Is Blind star proposed to his girlfriend of one year, Alexandra Garrison, which he revealed in an Instagram post on Aug. 18. “Fiancé has a nice ring to it…,” he began the post, which featured a photo from the day Kenny popped the question at Duke Mansion in Charlotte, North Carolina. The Netflix star continued, “Alexandra and I excited to announce our engagement! To all of our friends, family and acquaintances, thank you for the continued love and support – we appreciate everyone and cannot wait to celebrate this next step together.”

Kenny revealed even more details about the proposal in a feature with PEOPLE, which was published on the same day he broke the engagement news. “I kept it a secret and definitely handled her questioning in the months leading up to our moment to keep her off my trail,” Kenny told the publication. Alexandra was surprised not only with Kenny’s offer of marriage, but a “four-carat emerald center stone ring from Diamonds Direct Jewelers” as well, according to the PEOPLE story that also featured photos of Alexandra’s engagement ring.

Pre-Christmas getaway to the @biltmoreestate didn’t disappoint. Private caroler serenade, millions of lights and plenty of wine to taste (we tasted a lot).

The coronavirus pandemic did shake up Kenny’s proposal plans a bit, however. “I had organized plans to propose at The Biltmore Estate (our first date) but the vacation fell through in response to COVID-19 restrictions,” he admitted, but the newly engaged couple will at least use this new way of life to their advantage. “So many events have been delayed, canceled or pushed to 2021 or 2022, so we figure that this will allow us to plan everything out and see how COVID-19 continues to evolve,” Kenny explained.

Kenny also revealed his love story with his new fiancée, which unfolded after he finished filming Love Is Blind in 2018. As fans will recall, Kelly Chase ultimately decided not to marry Kenny at the altar after meeting through a series of literal blind dates. Kenny and Kelly saw one another’s faces for the first time after they became engaged on the show! Love works in mysterious ways, because Kenny met the future love of his life not long afterwards, thanks to an introduction from his younger sister Anna.

Funnily enough, Kenny’s relationship with Alexandra didn’t start off that much differently than his romance on Love Is Blind. They spent the first three months of the relationship apart, he told PEOPLE — reminding us of the wall that separated the Love is Blind couples at the beginning of the show! However, Alexandra had already known who Kenny was, and not because of his time on television.

“Alexandra and Anna had been friends for nearly three years while living in Charlotte and when I came to town to help move Anna, I met Alexandra at the brewery, Wooden Robot,” Kenny told PEOPLE. “What’s funny is that there was apparently an ‘inside joke’ among their friends that Alexandra should date me. Alexandra knew who I was during that entire three-year period, but since we lived in separate cities and had never met, there was never an opportunity to entertain anything.”

For Kenny, a defining moment in his new relationship happened during a stargazing date amid a summer getaway to Lake Gaston. He realized they were “meant to be” after a six-hour conversation — from there on out, he knew they were “on the same page.”

As for his time on Love is Blind, Kenny confessed  that it was “physically and emotionally draining” but let him “become more in tune with [himself] and what [he] wanted in a partner” to PEOPLE. He also explained what happened after that shocking finale on Love is Blind, saying, “I chose to be single for nearly a year after filming ended. Part of that was out of necessity to allow myself to get back into my foundation and the structure that enables me to accomplish what I desire. The other part was that I feared bringing someone into the unknown which was the release of the show. At the time of filming, no one knew when the show would be released, how it would be formatted and, honestly, how any of us would be portrayed. We had a really good idea, but there is no control over editing and usage of content to either present or withhold context.”

While Kenny’s love story on Love is Blind didn’t work out, there have been success stories: just look at Lauren Speed-Hamilton and Cameron Hamilton! The couple who instantly fell in love on the show (who are now happily married) even gave fans advice for dating virtually amid quarantine in an EXCLUSIVE interview with HollywoodLife.