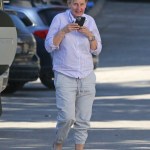 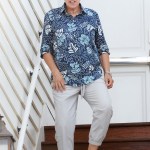 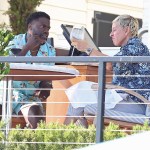 Ellen DeGeneres reportedly faced her staffers in a virtual meeting. HollywoodLife also learned what has been ‘devastating’ for Ellen amid her talk show’s investigation.

Ellen DeGeneres, 62, is “interested in righting a wrong,” a source close to the talk show host EXCLUSIVELY told HollywoodLife. And she has seemed to prove this, because the longtime television personality has reportedly made a second apology to the staff members of The Ellen DeGeneres Show — this time, over a video meeting on Monday, Aug. 17. “She was emotional but emphatic about creating a culture where people feel good, noting that employees need to feel happy in order to make a show that makes people happy,” sources told our sister publication, Deadline.

The report surfaced on the very same day major news broke, which should usher in a new era for Ellen’s show: executive producers Ed Glavin and Kevin Leman have been axed, including co-executive producer Jonathan Norman, Deadline confirmed. The show’s house DJ , Stephen “tWitch” Boss, was also given Jonathan’s former title, a source told the outlet. Executive producers Mary Connelly, Andy Lassner and Derek Westervelt will also lead the show from here on out, the report added.

These reported developments happened after Warner Bros. launched an internal investigation into allegations of a toxic work environment at The Ellen DeGeneres Show, which was reported in July of 2020. “DeGeneres vowed to interact more with her staffers, revealing that she was shocked to find out that people on the show had been told to avoid eye contact with her. She encouraged staffers to talk to her,” the Deadline author, Nellie Andreeva, also claimed. The author added that sources told her publication that Ellen “again apologized to her staff” and that “she was personal, opening up about being introverted and having good days and bad days, which causes her to sometimes keep to herself in her own space, something she acknowledged could be misconstrued as her not being nice.”

Ellen reportedly said at one point during the meeting, “Does that mean I’m perfect? No. I’m not. I’m a multi-layered person, and I try to be the best person I can be and try to learn from my mistakes.” As for the future of the show, “HR changes to improve the environment on the show, including reporting of any issues” were reportedly announced on Monday, sources told Deadline. As for the investigation, sources said this: “WarnerMedia’s investigation, which included more than 100 interviews, did not find evidence that the show fostered a racist work environment but did uncover occasional incidents of racial insensitivity, something the Ellen executive producers, speaking on the video call, vowed to correct.” HollywoodLife has reached out to Ellen’s rep, who had no comment for this report, which arrived after Ellen made her first apology to staffers via an internal memo that was released on July 31.

We’ve learned even more about Ellen’s true thoughts over the allegations against her workplace and the public reaction surrounding the scandal, after the shocking claims from 11 anonymous employees (both former and current) were first reported by Buzzfeed News. The report, published on July 16, rocked fans with claims of employees allegedly experiencing “racism, fear, and intimidation” while working on Ellen’s show.

“Ellen is feeling the effects of all the talk that has been going down. It is now starting to be more real and she is sad it has got to this point, but she is taking it as a great wake-up call,” our aforementioned source EXCLUSIVELY told HollywoodLife. The insider continued, “She is upset and she actually is interested in righting a wrong. This really has woken her up. She doesn’t want to be remembered for this, as she has been such a champion for so many good causes. She knows she has to ride this wave and make people trust her again and she is up for the fight.”

1/2 I know I can’t speak for anyone else’s experience besides my own but I want to acknowledge that I have only ever had positive takeaways from my time with Ellen & on the @theellenshow. I think we all have witnessed the light & continual fight for equality that she has brought

Ellen acknowledges that such a goal “is going to take a while,” but “she definitely wants to achieve it” — especially since “people at the show are looking to see the change as they don’t want it to be just talk from her, they want action.” Despite the public backlash Ellen has faced, she is finding support among her friends, our source further claims: “Ellen has also been inspired by her celeb friends that have reached out publicly and privately for support but she is well aware that isn’t going to fix anything, she is ready to do the work and make sure the people that work for her and have worked for her see the difference. It is not going to be overnight but it certainly is a legitimate work in progress.” Ellen has recently been backed by celebrities like Kevin Hart, Kris Jenner and Katy Perry amid the investigation.

“She holds her word to be a very strong indicator on being a very important part of who she is, and being called out like this has been a very big wake-up call…she has told people that she wants to make it right and that is why she intends to do,” our source continues. “She really feels that this is the time to prove herself, and she is going to make it happen. Having people talk about how she is a bad person completely sucks. It is devastating to hear that. It is such a raw emotion she is feeling, because who wants to be told that they are not a good and nice person? So now is the time she wants to do something about it and she is actively trying to make a change. She knows and staffers know this is her last chance, and she has to prove herself because if she doesn’t, she ruins an entire legacy [that] she has made and provided herself.”