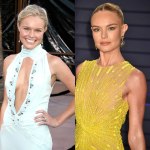 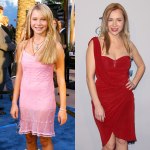 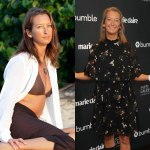 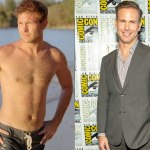 It’s been 18 years since the iconic teen surf movie ‘Blue Crush’ hit the big screen! The film’s stars recently reunited to talk a possible sequel, so we’re looking back at how much they’ve changed.

It’s hard to believe Blue Crush arrived in cinemas almost two decades ago! The iconic surfing movie, which starred Kate Bosworth, 37, Michelle Rodriguez, 42, and Sanoe Lake, 41, premiered 18 years ago in 2002, and in celebration the trio reunited for a virtual catch up! On Kate’s YouTube page, the women discussed how the film impacted young girls, and what memories from set they still cherish. “For me, Blue Crush is the one that everyone, and especially young girls, come up to me and say, ‘You inspired me to do this! You guys are all my heroes!’ It’s so incredible,” Kate told her former co-stars.

She also asked the question that every fan has been wondering for the past 18 years: “Would we be up for a sequel?” Kate wondered, as Sanoe quickly replied, “Yes, obviously. 100 percent.” Fast & Furious star Michelle also chimed in, “I would totally, man. I love you girls and I love Hawaii. You don’t have to ask me twice.” Of the trio, Sanoe was the only one with a professional surfing background, while her other co-stars endured grueling training sessions to prepare for filming. “I’ll put my life on the line again. I don’t mind, for a sequel,” Kate joked.

The film tells the story of three friends living on Hawaii’s North Shore as they prepare for a big surfing competition called Pipeline. It was based on Susan Orlean‘s magazine article Surf Girls of Maui. “We were like family for three months,” Sanoe said during the virtual reunion. “It was so great. One of my favorite life experiences.” If they were to reunite for a sequel, Michelle had some ideas about what the film could entail. “We could probably be the teachers in this one,” she said. “Now I think the big thing in that world is the preservation of the biosphere. Mother Nature is hurting because of all the things that we’ve been doing as a society, as a global population. There’s definitely room to explore how that’s affecting the world of people who really live in nature.”

It’s incredible to see how far these women have come over the past two decades! After her breakout performance in this flick, Kate went on to star in a slew of films and TV shows. In 2006, she portrayed Lois Lane in Superman Returns alongside Kevin Spacey. More recently, she starred in the horror films Before I Wake and The Domestics, and portrayed KC in the Netflix sci-fi series The I-Land.

Meanwhile, Michelle went on to have a decorated career in the action film genre! In 2013 Entertainment Weekly even described her as “arguably the most iconic actress in the action genre, as well as one of the most visible Latinas in Hollywood.” She reprised her role as Letty Ortiz from the 2001 film The Fast and the Furious in six additional films throughout the Fast & Furious franchise. She also appeared in a slew of successful action films, including Resident Evil, S.W.A.T., Battle Los Angeles, and Avatar.

Rounding out the trio is Sanoe, who continued surfing after the film! From 2003 to 2013 she was the face of iconic surf clothing brand Billabong, and appeared in global campaigns. She also went on international missions trips and worked with the nonprofit organization Design For Humanity. Scroll through the gallery above to see how much the Blue Crush cast have changed over the past 18 years!