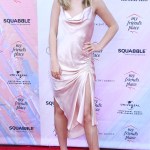 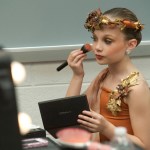 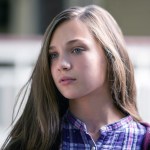 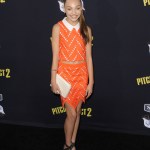 Maddie Ziegler has apologized for past ‘ignorant and racially insensitive’ comments made in videos when she was nine years old.

Former Dance Moms star Maddie Ziegler has issued an apology on Twitter after videos resurfaced of her making, what she described as, “ignorant and racially insensitive” comments. The 17-year-old actress and professional dancer issued a lengthy statement on August 4, writing, “There are a few videos some of you have seen from when I was about 9 years old where I thought it was funny to mock people and accents,” she began. “I’m honestly ashamed, and I’m truly sorry for my actions. The decisions I made then are absolutely not decisions I would make today.”

The former reality star, who first appeared on national TV screens when she was less than 10 years old, explained that “growing up in the public eye has its challenges.” She added, “What I thought was silly humor when I was younger I know was actually ignorant and racially insensitive. We have all made mistakes in our lives and as we grow up we educate ourselves and learn to be better people. I hope you will forgive me and also hope you realize I have in fact grown up and would never act this way now.”

The teenager, who has gained a new legion of Gen Z fans since departing Dance Moms, asked her followers to lead with positivity instead of hate. “I know some of you are hurt and may not accept my apology, but I want to ask all of you to please be kind to each other on socials. There is no need to attack each other or try to defend me. I don’t want anyone to feel bullied and think we can all learn from my mistakes and spread love during these times when we need it most.”

Maddie, who has frequently collaborated with pop songstress Sia, made a new hit with her while in quarantine. The “Chandelier” singer, 44 debuted the tune “Joe Exotic,” a rap about the Tiger King star, on April 25. Throughout the video, Maddie and Sia wore animal print, crop tops, and sunglasses, mimicking some of the outfits seen on the popular Netflix documentary series. The song, co-written by Maddie and makeup artist Tonya Brewer, featured a slew of references to the show.