Out of a bad breakup, comes some beautiful music – and a hilarious video! Jasmine Thompson shares EXCLUSIVELY with HL how her and Zedd’s song ‘Funny’ came about, and what she thinks of THAT Lewis Capaldi cameo.

It’s incredible how people are connecting these days. Take Jasmine Thompson and Zedd. As seen in the new video for “Funny,” all it took was a random message from the DJ/producer to the singer-songwriter for them to collaborate….sorta. “I mean, it’s not the exact story, but it is very close,” she explains to HollywoodLife in an EXCLUSIVE Interview. “We met through these producers who we both work with. They thought that Zedd would love our song ‘Funny’ and sent it to him. He immediately wanted to collaborate on it.”

Never let the truth get in the way of a good story, and a good story lies at the heart of both the song and video for “Funny.” In the video, the modern creative process is put on display, with Jasmine’s heartbreak being turned into a new bop (with a surprise cameo from Lewis Capaldi and…is that a YouTube comment from Shaq?). The song — an irresistible slice of pop that will curl around your heart and wraps itself up in your ear – takes the saying of “living well is the best revenge” and transforms it into your new favorite pop jam.

Jasmine talked with HollywoodLife about the making of the video, what she thought when she first heard the final product, if she’s still the biggest Florence + The Machine fan, and more.

HollywoodLife: Was that your actual computer in the video? (and whose idea was it to do a video like this? It’s kind of a smart take on the current crop of DIY/quarantine shot videos.)

Jasmine Thompson: It was based on my actual desktop screen. All of the photos and names are my close friends and people that you would find on my computer. I have to give all of the credit to the director Jack Karaszewski, he came up with the whole idea of making this world of how me and Zedd met.  It was really fun, he made the whole video so random and had such great ideas to make it memorable during the quarantine.

Is that how you and Zedd actually connected on this track? Also, did you just share his actual number in this?

I mean, it’s not the exact story, but it is very close. We met through these producers who we both work with. They thought that Zedd would love our song Funny and sent it to him. He immediately wanted to collaborate on it. And no, it’s not his real number!  I think he would be very angry at me if I posted his actual number.

What was your first thought when you heard the final version?

I was so overjoyed and happy, also surprised because originally, it was a piano song, so to hear it with Zedd’s unique touch and production was just wonderful. He turned it into such a hopeful song, and it was an incredible moment.

Similarly, what was your first thought of seeing that Lewis Capaldi cameo?

I was so shocked! I’m such a huge fan, so it was a dream come true seeing him eat those crisps in our music video! I laughed so much! 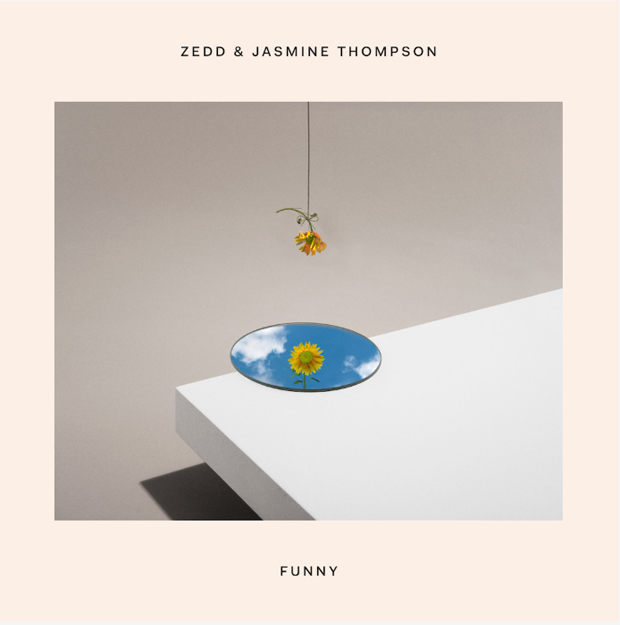 The song depicts the classic story of “the ex who dumps you comes back in your life, only for you to have the last laugh.” Was there any specific moment that inspired these lyrics? Like, is this secretly a subtweet of a former love of yours?

I can’t say that it was about one ex in particular, but I’ve been through it a lot when someone starts giving you attention when it’s way too late. It feels nice to have a song that hits the nail on the head when it’s over, it’s over. Hard to draw that line when a relationship ends.

When you chatted with HollywoodLife in 2019, you said that it was imperative for you to express yourself on instruments. Have you picked up a new instrument as of late? If you could pick a musical instrument that has really captured your “quarantine vibe,” which would you choose? Like, do you think your mood is more an oboe, or is it more percussive?

[Laughs] It’s good that you are holding me to my word. Sadly I have failed miserably at picking up a new instrument, although that was a goal of mine at the beginning of lockdown. I’m still playing away at the piano, but I’ve fallen in love with the saxophone… such a joy to listen to, but definitely very hard to learn.

Speaking of which, have you made any “quarantine discoveries” — a book, a musical artist, a movie/TV series that has really been a mental/spiritual lifesaver — during these past few months?

I think a spiritual lifesaver for me is food. I can’t say that I’m a wonderful cook, but I find cooking so peaceful and fun. I’m constantly watching cooking videos on YouTube, it’s definitely my favourite thing at the moment.

You also told us in 2019 that Florence and the Machine was your dream collaborator. What’s the status on that? Are you all BFFs, or are you still working on that?

Florence is still my dream and always will be… but to be honest, I think I would faint if I met her, so I probably can’t collaborate on a song while being unconscious! I have since last talking to you, gotten a tattoo of her, though. [laughs] I feel like a crazy stalker, but too late now!