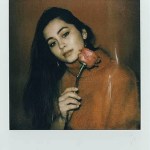 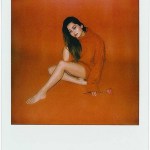 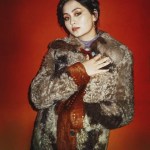 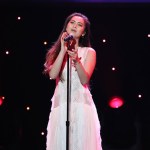 The English singer-songwriter got more personal than ever on her latest collection of songs, & told HollywoodLife where she found her well of inspiration from.

At the age of 18, London-hailing songstress Jasmine Thompson has already had the kind of success most singers only dream of. After inking a deal with a major label at 14, she found herself being featured on tracks by Robin Schulz, Avicii, Felix Jaehn, Skizzy Mars, and more. The singer has built herself a loyal following of more than 3 million YouTube subscribers, thanks to her flawless cover tracks and original music alike. HollywoodLife chatted with the musician all about her new EP, Colour, which was written by Jasmine herself, alongside celeb songwriter Eg White (Adele, Sam Smith.)

For Jasmine, there’s power to be found behind the EP’s title. “I decided to name it Colour after the last song in the EP. It’s basically about when you come out from a dark place and it’s like opening your eyes for the first time and seeing color. Because sometimes, you know, when you get trapped in a quite negative head space, everything around you can seem so dark, so it’s really about being able to appreciate what life has to give you after coming out from a dark time,” the singer says.

The lead single off the EP, “Loyal,” is a heartfelt ode to a past relationship. “The song is more about staying loyal to a person that you once knew in a way. So, I was in this relationship with this guy and he was incredible, he was really lovely, and it was really sweet during the early days and the honeymoon phase. When we started getting to know each other more, that’s when things got a bit more sour and I kind of saw a different side of him than I had kind of seen during the early days of the relationship,” Jasmine explains. “It’s kind of that thing where, I’ll always remember you and that I knew you, even though it didn’t really workout at the end. And it’s kind of just saying, you know, even though things didn’t work out and things changed, people change, I’ll still respect the time that we had with each other that was nice and sweet. It’s kind of like saying there’s no hard feelings and I’ll always enjoy that time that we had.”

Jasmine is a true musician’s musician, and has some impressive skills when it comes to not only penning tunes, but performing them live. “I’ve always found it really important to me to be able to express myself on instruments by being able to play the piano and I’m still trying to get a handle on the guitar and string instruments. But it’s just a great way to be able to explore your music by being able to accompany yourself. It was really nice working with the producer Eg White. He is so musical, he can literally pick up any instrument and he can play it clearly,” she gushes of her co-writer.

So, what else can fans expect from the rising star? “I would love to do more collaborations in the future,” Jasmine tells HollywoodLife. My ultimate dream would be able to do something with Florence and the Machine. That’s my absolute favorite. But for now, I think it’s really about focusing on my own music, but I do love collaborating with other artists. I think it’s a really fun way of sharing the experience, because being a solo artist is quite isolating sometimes, so it’s really fun to be able to work with other people.”Be sure to catch all of Jasmine’s stunning visuals from her Colour EP, here!