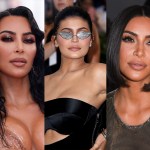 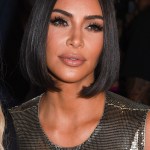 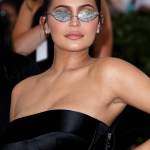 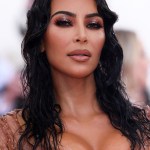 Kylie Jenner showed off her new lip color, courtesy of her cosmetics brand, after she was photographed in Laguna Beach with ex Travis Scott.

Kylie Jenner, 22, has a new lip color to highlight her signature pout. On July 20, the makeup mogul filmed a selfie video of herself rocking an earthy pink lip color, courtesy of her company’s “Sweater Weather” matte lip kit, which nicely complemented her rosy cheeks. “This lip color >,” Kylie captioned the clip, which she posted to her Instagram Story.

Kylie paired the pink lips with nude brown eyeshadow, tousled brunette waves and a patterned cotton top, making for a down-to-earth look suitable for her sunny surroundings! The beauty queen reunited with her on-again, off-again ex Travis Scott, 28, to bring their daughter Stormi Webster, 2, for a weekend trip to the seaside town of Laguna Beach (a roughly 80-mile commute from Kylie’s Hidden Hills homebase). The iconic trio was photographed taking a stroll, and Kylie and Stormi were sweetly holding hands.

The status of Kylie and Travis’ relationship has continued to raise questions since their split was reported in Oct. 2019, given the exes’ constant family reunions. But for the young parents, Stormi continues to be their No. 1 priority.

“Kylie feels very comfortable spending time with Travis because not only are they best friends, but she’s always wanted Stormi to know that both of her parents will care for her despite what happens in their relationship,” a source close to Kylie EXCLUSIVELY told HollywoodLife after she was spotted with Travis in Orange County. The source also told us that “when Kylie and Travis broke up, it was a no-brainer that her only focus no matter what happened between them was co-parenting and Stormi’s happiness.”

Kylie has made it clear that she’ll do anything — and buy anything — for Stormi! The proud mother recently gifted her adorable mini me with four baby Prada bags in colors of black, lime, pink and orange, all worth a total of more than three thousand dollars. “Had to get her all the baby prada’s to match mommy,” Kylie wrote in her Instagram Story post.