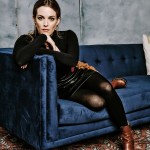 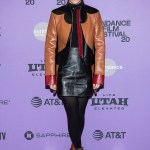 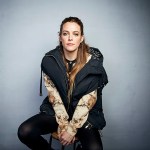 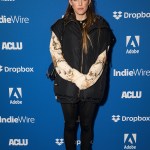 After the heartbreaking death of Benjamin Keough, his sister, Riley Keough, shared a a series of bittersweet photos and an emotional caption that revealed her devastation.

“Morning are the hardest,” said Riley Keough, 31, on July 18, following the death of her younger brother, Benjamin Keough. The 27-year-old son of Lisa Marie Presley, 52, and grandson of Elvis Presley, died by suicide on Sunday, July 12th. Riley, an actress best known for her roles in Mad Max: Fury Road and Logan Lucky, added, “I forget you’re gone,” before going on to reveal more about her grief in her Instagram post.

“I can’t cry because of the fear that I will never stop,” she continued. “A pain that’s new to me. You. There are no words for you. Angel is the closest I could think of. Pure light. Baby brother. Best friend. Wild man. Intellectual. Witness to my life. Twin soul. Protector. Too sensitive for this harsh world.”

Though the Los Angeles County Sheriff’s Homicide Bureau would not identify him, a police report describing the late Benjamin said a body was discovered on July 12 at 6:30 a.m. in Calabasas, California. The report claimed the man was “Suffering from one gunshot wound to the upper torso,” and that he was “pronounced dead at the scene.” His mother, Lisa Marie is “completely heartbroken, inconsolable and beyond devastated,” Roger Widynowski, a rep for Lisa Marie, said in a statement to HollywoodLife after news of her son’s death. “[But, she’s] trying to stay strong for her 11-year-old twins and her oldest daughter Riley.”

Riley and Benjamin’s father is musician Danny Keough, who married Lisa Marie in 1988. They would divorce in 1994. While Riley has since pursued a career in the movies, Ben reportedly kept a low-profile throughout his life. As a young doppelganger of “The King” (“Ben does look so much like Elvis,” Lisa Marie said in 2012), there were rumors that a teenage Ben had scored a $5 million record deal at Universal. However, reps for the label would later say that the “story is totally untrue.”

“He’s doing his own thing right now,” Lisa Marie told the Huffington Post in 2013.” I’m going to let him decide when he wants to go out and do what he wants to do.”

Though Ben didn’t pursue a career in music, his mother did. She featured Benjamin and his siblings in the music video for her remake of Elvis’ 1954 hit, “I Love You Because.” She also reportedly penned the title track to her 2012 album, Storm & Grace, about Ben. “Stop moving so fast there, and then take your foot off the gas,” Lisa Marie sang on the track. That year, she also revealed that she and Ben had matching tattoos. “It is a Celtic eternity knot,” she told a fan when explaining the design on her right foot. “Ben (my son) and I got it together in the same place on Mother’s Day 3 years ago.”