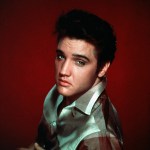 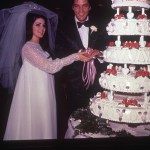 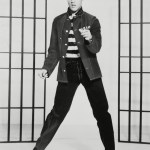 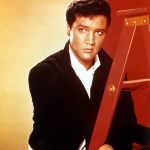 Lisa Marie Presley took to Twitter to share an epic family photo with her kids on June 20 and we can’t get over how much her 26-year-old son Benjamin Keough looks like his grandfather Elvis Presley!

The King of Rock and Roll is alive once again…in the form of his grandson! Elvis Presley’s only daughter Lisa Marie Presley, 51, posted a gorgeous black and white family photo on June 20 that showed her posing with her four kids, and her oldest son, Benjamin Keough, 26, is a spitting image of his late grandfather. In the gorgeous pic, curly-haired hunk Benjamin shows off his extremely similar features to the “Love Me Tender” crooner while standing next to his older sister Riley Keough, 30, who is standing next to mom Lisa Marie. Their younger siblings, twins Finley and Harper, 10, are also standing and smiling in the photo. “Mama Lion with cubs,” Lisa Marie captioned the post along with some heart emojis, a lion face emoji, and a kissing face emoji.

Once Lisa Marie posted the adorable snapshot, it didn’t take long for her followers to reply with how in awe they were of how much Benjamin looks like Elvis. “Beautiful Mama Lion and beautiful cubs! Your son is a twin of your Dad! Nice family!” one follower wrote. “Elvis Jr.” another commented. “That boy looks just like Elvis!” yet another shocked follower pointed out.

This isn’t the first time Benjamin, whose father is Lisa Marie’s ex-husband Danny Keough, turned heads for looking like his very famous family member. Throughout the years, as photos of the private young man found their way on the internet, there’s been many comments on various sites about how his good genes definitely show in his handsome face.

In addition to living on in Lisa Marie and his grandchildren, Elvis once again proved his legacy is strong in the recent Elvis All-Star Tribute TV special, which aired in Feb, and featured some of today’s most popular singers, including Shawn Mendes, Carrie Underwood, Blake Shelton, and Josh Groban performing his biggest hits.