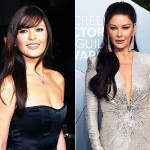 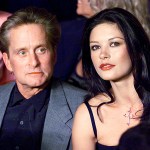 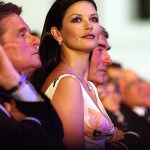 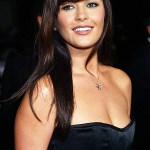 Oscar winner Catherine Zeta-Jones has been a Hollywood mainstay for more than two decades! We’re looking back at the 50-year-old’s transformation from West End child star, to acting royalty.

Welsh-born actress Catherine Zeta-Jones has been in the spotlight from a young age, and the world has watched her evolution over the years! The Academy Award winner, who was born in Swansea, Wales, and grew up in the small town of Mumbles, first found success on the West End stage. On a trip to London at the tender age of nine, she was selected to play one of the orphans in Annie, and later starred as Tallulah in the West End production of Bugsy Malone. After dropping out of high school at 15, she moved to London and began auditioning for roles on the stage and screen.

Catherine was cast in some unsuccessful British movies, followed by the TV series The Darling Buds of May, however she soon decided to reinvent herself — in America. Catherine quickly found success after relocating to Los Angeles, being cast opposite Billy Zane in The Phantom and landing a role in the CBS mini-series Titanic, which caught the attention of Steven Spielberg. This ultimately led to her being cast in the 1998 film The Mask of Zorro — her breakthrough role.

She quickly earned acclaim in Hollywood, and soon after her breakout performance, she was introduced to her future-husband Michael Douglas, by Danny DeVito at the Deauville Film Festival in France. The pair began dating in March 1999, and he popped the question in Aspen, Colorado on New Year’s Eve of that year. The pair wed in November 2000, and they went on to have two children: Dylan Michael Douglas, born on August 8, 2000, and Carys Zeta Douglas, born on April 20, 2003.

In between giving birth to her two children, Catherine starred in perhaps her most iconic role to date: Velma Kelly in Chicago. The 2002 film, based on the 1975 Broadway musical explored scandal and corruption in Chicago during the Jazz Age. The role landed her an Academy Award, Screen Actors Guild Award, Golden Globe Award, and BAFTA Award for Best Supporting Actress.

In the years following, Catherine starred in a number of iconic films like Ocean’s Twelve and continued to turn heads on the red carpet. She’s also proved to be an incredible mom to her two young kids! Scroll through the gallery above to see more pics of Catherine’s transformation from West End child star, to revered Hollywood actor.