Britney Spears, 38, met her boyfriend Sam Asghari, 26, in October 2016 when he starred as her love interest in her “Slumber Party” music video and they’ve been practically inseparable ever since. Fans of the pop princess know she hasn’t always been lucky in love but multiple sources tell HollywoodLife EXCLUSIVELY that her happiness is the top “priority” for Sam.

“Sam has a heart of gold,” a source close to the superstar singer tells HollywoodLife. “He’s always been a total rock for Britney throughout any of the ups and downs she’s gone through since they’ve been dating. He is super protective of her and is always there for her because he knows the real Britney. He thinks social media is not a place for others to weigh in on the lives of celebrities because people never really know somebody just based on their persona. At the end of the day, his priority is the relationship he has with Britney and her happiness, plain and simple.” 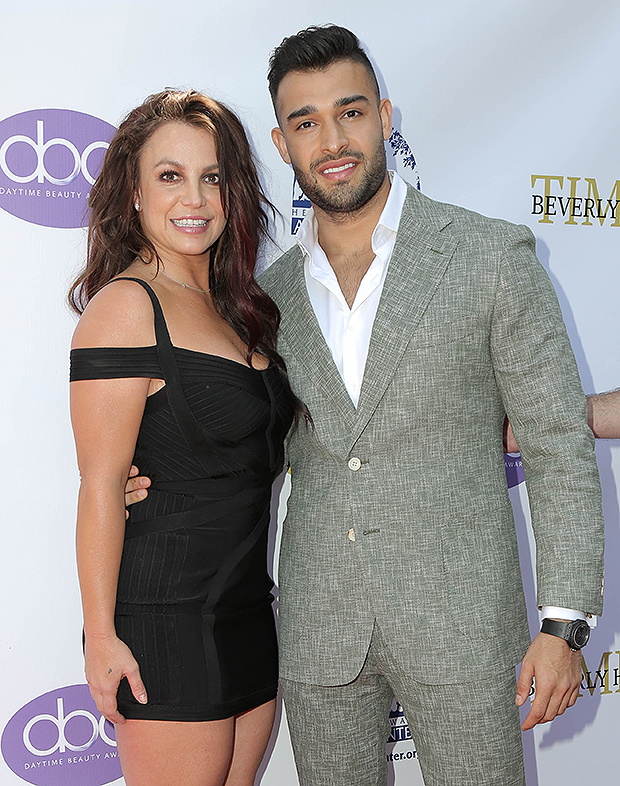 Britney and Sam have both been very public about their love for each other and a source close to the handsome personal trainer tells HollywoodLife that it’s the real deal. “Sam really loves Britney because he knows the real her. He has seen her happy, he has seen her sad. He has seen her at her best and he wants to be there for her the entire way. Whatever people want to say about her behind her back is their own problem. Sam wants to lift her up only and day in and day out they always talk and he is very proud of her. He will always be by her side and have her best interests at hand.”

And having Sam by her side definitely makes Britney happier! As HollywoodLife previously reported the couple has been making the most of their time together during the COVID19 quarantine. “They’ve been enjoying life at her place,” a source close to the couple shared, “laying by the pool, going for hikes, cooking healthy meals, watching movies, that kind of thing. Britney is head over heels in love with Sam, he’s been such a rock for her. You would never know that he’s so much younger than she is because he’s so mature and grounded. She would love to marry him one day and have a baby with him.”

We live, we laugh, we argue, and most of all we LOVE ❤️ There’s a reason why the world fell in love with you! You might be the princess of pop but mostly you’re my princess 👸 Biggest Happy Birthday to you @britneyspears 🎆 My Ass still hurts from falling and breaking the ice 😂😂😂😂 you get it? 😉 #breaktheice

A second source also dished to HollywoodLife on the loved up couple’s baby plans. ”There has been talk between Brit and Sam on having children, especially before she turns forty but that is in no way going to make or break their relationship if they have one or not,” they said. “It has been a discussion but not a mandate, they talked and talk about it but it is not something that they are actively trying to make happen. She is more concerned with maintaining the relationship, getting in the best shape of her life, having fun with Sam and eventually getting engaged to Sam and married to Sam.”