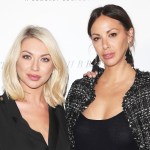 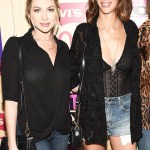 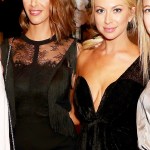 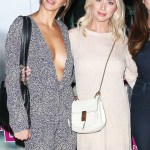 Reunited and it feels so good. A month after Stassi Shroeder and Kristen Doute were axed from ‘Vanderpump Rules’ over racist actions involving Faith Stowers, they met up with Katie Maloney for a bite in L.A.

A mini Vanderpump Rules reunion took place at The Grove in Los Angeles on July 8, and it was captured by 8-year-old actress Julianna Gamiz. “My life is officially complete!!!” the Instant Family star captioned her Instagram photo showing Stassi Schroeder, 32, Kristen Doute, 37, and Katie Maloney, 33, seated around a table. The trio – who founded the Witches of WeHo wine brand – looked like they were having a lovely time, and the young starlet couldn’t help but fangirl over them. “Can’t wait to have a house like [Lisa Vanderpump] and invite these ladies over!!” added Julianna, which is a bit awkward since it’s been a month since Stassi and Kristen were fired from Vanderpump Rules.

My life is officially complete!!! Can’t wait to have a house like @lisavanderpump and invite these ladies over !!

Stassi and Kristen were axed from the reality-television program on June 9 following VPR co-star Faith Stowers, 31, claiming they falsely reported her to the police in 2018. After their dismissal, both Kristen and Stassi apologized publicly. “What I did to Faith was wrong. I apologize, and I do not expect forgiveness,” wrote Stassi. “I am also sorry to anyone else that feels disappointed in me.” Kristen, in a separate statement, said that her actions “were not racially driven.” Still, she was now “completely aware of how my privilege blinded me from the reality of law enforcement’s treatment of the black community, and how dangerous my actions could have been to her.”

Faith, in an EXCLUSIVE interview with HollywoodLife, revealed that Kristen “directly apologized to me through a [Instagram] DM. So, it’s just unfortunate that she did that after being pressured.” As for Sassi? “She never reached out to me personally at all, which is unfortunate,” said Faith. “Had I reached out to them prior to all of this like a year ago and said – ‘Hey, what you guys did really hurt me and put me in a dark space, I had to go see a freaking therapist. This was really bad, can we talk about it?’ — I don’t think that they would’ve wanted to talk to me.”

Some have criticized Kristen’s “right” to talk about anything, following her firing. When she spoke about how the state of Idaho needs to “change your Medical marijuana laws,” users spammed her mentions for speaking about a topic the “knows nothing about.” She responded by saying, “I understand a handful of you feel I don’t have a ‘right’ to speak out about anything at all. Please click unfollow. I hope you’ll then use that same passion, and find words to help someone, fight against something and make a change.”