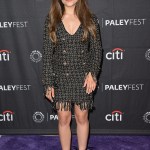 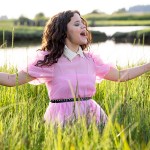 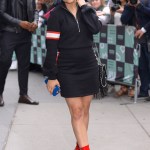 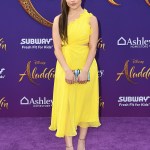 Sarah Jeffrey has gone from queen of mean to dreamy & whimsical! The singer spoke to HL about her debut solo single ‘Even The Stars.’

While you might know her from Descendants 3 as Audrey, or Charmed as Maggie, in addition to her acting chops, Sarah Jeffrey is exploring her music career. In collaboration with songwriting duo Rock Mafia, Sarah released “Even The Stars,” her first solo single! “‘Even The Stars’ was definitely one of the tracks that stood out to me the most and it just felt like it was mine,” she told HollywoodLife.com in an EXCLUSIVE interview. “It just aligned with my values and what I feel. I’ve always felt like you’ve had to have dark times to really appreciate the light.”

Sarah had a full concept for her music video before quarantine, but due to COVID restrictions, her vision had to shift. “Our director reworked everything and so we had to shoot outside and have a limited crew, which definitely influenced the overall look,” she explained. “We wanted a very dreamy, light and inspiring video.”

It was her first time getting back to work since quarantine, and Sarah admitted that it was “amazing’ to be back on a set. “Being creative in that way is just a huge part of what makes me happy. The crew was also amazing and we were all safe and cautious. I think it’s I think it’s something special,” she said. The video for “Even The Stars” will make its broadcast debut tonight on Disney Channel during their special night of music at the ARDYs.

“I’m feeling very fortunate that Disney is really supporting me through this and backing me. Obviously this is a solo endeavor and it’s independent of them, but they are still showing me so much love and support,” Sarah gushed. “Plus, the fans have just been so supportive and loyal. I feel so much love and support from them on a daily basis and even leading up to this song, they’ve been so excited.”

Be sure to catch Sarah Jeffrey’s “Even The Stars” music video airing tonight after the ARDYs on Disney Channel!