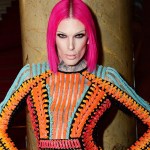 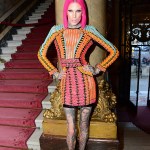 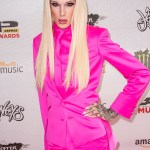 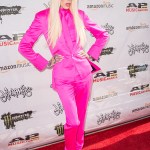 Jeffree Star‘s controversial past behavior is coming back to haunt the beauty influencer. He’s increasingly been the subject of boycott demands by YouTube influencers and users over racial and social comments, including resurfaced images from years ago where he called himself a “lipstick nazi” complete with swastika art on a web page. On July 10, cosmetics brush company Morphe cut ties with Jeffree and his products without explanation, which they announced in a Twitter statement reading, “Today we’ve made the decision to cease all commercial activity related to Jeffree Star and affiliated products. We expect this to conclude within the coming weeks. As we look to the future, we will continue to share updates on what lies ahead for the Morphe brand.”

Today we’ve made the decision to cease all commercial activity related to Jeffree Star and affiliated products. We expect this to conclude within the coming weeks. As we look to the future, we will continue to share updates on what lies ahead for the Morphe brand.

Jeffree has not directly responded to Morphe’s announcement on his personal social media pages, however, the official account for Jeffree Star Cosmetics issued a statement of their own. “We are shocked and extremely saddened by the decision of our former retail partner Morphe Brushes on parting ways with our brand and Jeffree,” the July 10 post read. “Over the past 5 years we’ve accomplished amazing things together and released iconic products. We are proud of everything we’ve accomplished with them,” the statement also said.

Numerous Jeffree fans flooded the Mophe announcement tweet’s comments, saying they made a huge mistake. User @Ravenclaws4Life wrote, “@MorpheBrushesWell you’ll lose business. It was in the past!!!! Jeffree apologized like 50 times already!!! Cancel culture is a joke,” while @RickSchredder agreed, adding “@MorpheBrushes Today I learned there is no point to grow as a person and change for the better because 10 years ago is who we all are, right? Solid.” However, one user named @xChickpea noted to Rick that, “Bro. He called @jackieaina a gorilla and a rat just a few years ago all because she called him out on his racism. Way to grow as a person.”

Jeffree already apologized for the “lipstick nazi” comments and images in a June 18 Twitter post, saying they were from when he was 17 and did it for “shock value.” The 34-year-old added that “it does not reflect who I am today or what I stand for or have EVER stood for.”

Jackie Aina and fellow Black beauty influencer Alana Auston had already put Morphe on notice recently that they wouldn’t be affiliated with their products due to their continuing association with Jeffre. In a July 2 tweet, Jackie wrote, “hey boos, as some of you may know as of this week I will no longer be a @MorpheBrushes affiliate…I refuse to align myself with a company that continues to retail antiblack racist beauty brands. I strongly encourage other influencers to do the same!”

Meanwhile, Alana had already been one step ahead, tweeting out a list of demands on June 28 to Morphe. It included ending the sale of Jeffree’s cosmetics brand, buying out his stake in the company and agreeing to collaborate with more Black beauty influencers. She told Morphe, “Make it happen if you care.”

hey boos, as some of you may know as of this week I will no longer be a @MorpheBrushes affiliate.
code “EDGES” has deactivated. I refuse to align myself with a company that continues to retail antiblack racist beauty brands. I strongly encourage other influencers to do the same!

Here’s what I propose to you @MorpheBrushes. I’m sure other Black creators, consumers, and allies would back me on this.
The sooner, the better. This is the real pull up or shut up. make it happen if you care. pic.twitter.com/ZZVLQel4kV

In 2017, Jeffree apologized during a 15 minute YouTube video for language he used in the past. “I think that racism is a very serious subject — especially in today’s world. I’m embarrassed as a person because that is not what I’ve ever stood for,” he said. “I’m all about self-expression, self-worth, and self-love. I think it’s awful that you guys have to see me in that light.” But a year later, Jackie called Jeffree out for the things he said.

On Sept 28, 2018 Jackie posted an open letter to him via her Twitter page that read, “I have not and will not excuse his blatantly racist behavior and — not his past references to me in derogatory terms, his use of the N words nor his efforts to eliminate spaces and opportunities for people of color. No one in the community should feel like they are protected enough to continuously say things to make black women feel ugly and ashamed in their own skin.”

She then added, “I’m not addressing this again, please in the future no matter what changes do not pressure, urge me, or force me to accept and forgive someone who will never accept someone like me.”

HollywoodLife has reached out to Jeffree Star for comment on the story and has not heard back as of publishing time.