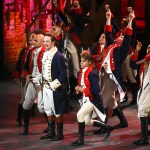 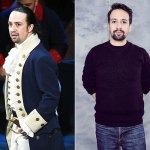 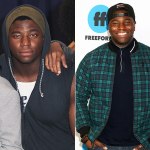 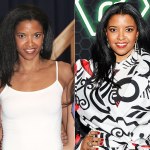 After ‘Hamilton’ dropped on Disney+, ‘Weird Al’ Yankovic didn’t throw away his shot. He released a new video for his ‘Hamilton Polka’ that should leave both Broadway and parody music fans grinning.

Like American revolutionary history and hip-hop, two great tastes came together on July 4 when “Weird Al” Yankovic released a new video for his polka-fied take on the Hamilton soundtrack. Using the footage from the newly released Disney+ performance film and Al’s 2018 “Hamilton Poka,” the “Weird” one shared a five-minute medley that summed up all the highlights from the Pulitzer Prize-winning musical. Songs included were “Alexander Hamilton,” “My Shot,” “You’ll Be Back,” “Wait for It,” “The Room Where It Happens,” and the “The Schuyler Sisters,” all done in Al’s signature polka-medley fashion.

The results received rave reviews, just like Hamilton. “The Weird Al Hamilton Polka – just what I didn’t know I needed.” “True genius exists in our time.” “the weird al hamilton polka is better than the musical” “As a formerly obsessive AP History extra credit doer, I feel extremely called out & outdone by the rapid turnaround & fanboy intensity of this video,” added @Racheleklein, proving that there’s a massive crossover of those who memorized American Revolutionary politics and the lyrics to all the songs on Al’s Dare To Be Stupid album.

It should come to no surprise that Hamilton creator Lin-Manuel Miranda is a huge “Weird Al” fan. “My first memory was hearing ‘Fat,’ which is a spoof of  [Michael Jackson’s] ‘Bad,’ “Lin-Manuel told Rolling Stone in 2018 after the “Hamilton Polka” was first released, “and like most “Weird Al” fans you discover that there is a catalog and this isn’t a one-off. ‘Oh, my God. There’s tons of these.'” That life-long fandom resulted in a friendship. Lin invited Al to see his play In The Heights, but as he told Rolling Stone, “but for whatever reason, I wasn’t able to do it at the time.” They finally met face-to-face in 2010 or 11, and they instantly clicked.

“We hit it off and became friends and were always thinking about what we could do together. That hasn’t really clicked yet. But in the meantime, Lin got busy with this Hamilton thing,” added Al. “That took a little bit of his time.”

Lin actually pitched the idea of the polka-medley to Al. “As a longtime ‘Weird Al’ fan, that’s a scary ask to make. I also know there’s only been two other cases where he’s devoted an entire polka medley to a particular artist,” he told Rolling Stone, noting the “Hot Rocks Polka” [Rolling Stones] and “Bohemian Polka” [Queen.] “I cannot presume to be in that rarified air as the Rolling fuckin’ Stones! But I asked.” “But you are, and here you are,” added Al.