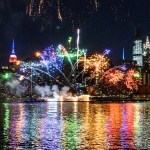 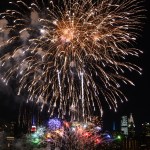 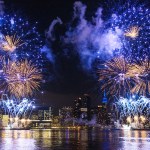 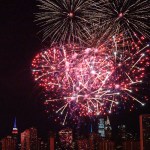 Oh, say can you see … the 2020 Macy’s Fourth of July Fireworks! The coronavirus pandemic may have altered plans this year, but the show must go on.

Macy’s has been lighting up the night sky on the Fourth of July for decades! New York City residents have long celebrated Independence Day with an extravagant fireworks display and as the saying goes, the show must go on — even during a pandemic! Macy’s was forced to re-imagine its iconic Fourth of July fireworks display this year, opting to spread out the show over multiple nights to avoid hundreds of thousands of people from congregating around the city in crowds, as social distancing remains key to curbing the spread of coronavirus.

Throughout the week leading up to the Fourth of July, New York City residents were treated to a series of five-minute shows in each of the five boroughs — all culminating in a grand finale on the night of America’s birthday. The special display will air at 8pm ET on NBC, for the whole nation to watch. The two-hour televised event is set to feature “a mix of pop and patriotic anthems” which will commemorate the city’s resilience during the coronavirus pandemic over the past months. Singer John Legend will headline the event, while country star Tim McGraw and The Black Eyed Peas will also perform.

The show kicked off in Queens, where residents all around the borough, and in east Manhattan could see the stunning display! From bright blue to fiery red, the display over Queens was a marvelous rainbow of colors. “In re-imagining this year’s show, the idea of bringing elements to many parts of our hometown resonated with our team and partners in the City of New York,” said Susan Tercero, executive producer Macy’s 4th of July Fireworks in a press release.

With the Manhattan skyline as the backdrop, the Empire State Building changed colors to coincide with the fireworks being shot off during the five-minute segment. Locations throughout the week were kept secret, to deter crowds from turning out in droves. The following night, residents in Lower Manhattan and northern Staten Island were treated to a surprise display of fireworks exploding over the Hudson Yards area of Manhattan. Click through the gallery above to see more pics of the display.