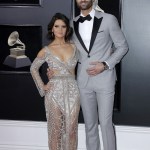 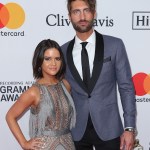 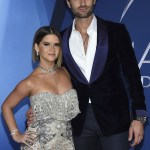 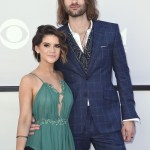 Maren Morris said she ‘may discontinue posting photos’ of her three-month-old son Hayes after she was called out by online critics when she posted a photo of him not wearing a life jacket while laying on her chest in an inflatable car float.

Maren Morris, 30, is speaking out after being criticized for a recent now-deleted photo she posted of her and her three-month-old son Hayes relaxing in water. The singer responded to a tweet from a fan who was standing up for her after she was called out by followers for not putting a life jacket on Hayes and drinking what appeared to be an alcoholic beverage while they were both sitting in an inflatable car float in what looked like a lake. From the words of her July 2 response, it turns out the mom-shaming may cause her to never share pics of the bundle of joy again.

Honestly, I get so many criticisms of my motherhood on anything I post of Hayes, so I may just discontinue posting photos of him. Sucks but it’s kind of where I’m at. 😑

“Honestly, I get so many criticisms of my motherhood on anything I post of Hayes, so I may just discontinue posting photos of him. Sucks but it’s kind of where I’m at,” she wrote in response to a tweet that told critics to “leave her alone” and “let her enjoy a cute photo and time with her baby” because she was in “shallow water.” The photo was posted on June 30 and featured Maren in a cactus bathing suit as baby Hayes wore a matching shirt as he laid back with her arms around him.

Hayes has 2 coast guard approved life jackets that he wears. Also, sometimes moms have a drink, and homegirl earned it.

A few hours before Maren spoke out about the backlash, her husband Ryan Hurd, 33, defended her on Twitter. “I’d just like to say, my wife usually doesn’t need me to defend her, but she’s a great mom, and my kid was not unsafe on a float in 1 feet of water being held by an adult with 5 people watching so she could get a picture,” he wrote in one tweet. “Hayes has 2 coast guard approved life jackets that he wears. Also, sometimes moms have a drink, and homegirl earned it,” he wrote in a second.

Ryan wasn’t the only one to defend Maren though. Fellow country singer Mickey Guyton, 37, also made sure to lift her up with kinds words about her mothering. “Don’t let them come for you sis,” she wrote. “You’re an amazing mother and those that have something to say don’t deserve to see this beautiful life you created in love.”

Maren was quick to respond to Mickey by thanking her and giving a little insight into what she was thinking about the situation. “Thanks babe,” she wrote. “I mean, we talked about curbing posting photos anyway now that he’s a little bit older, but the added crap from (mostly other moms) folks definitely forced our hand.”

Maren and Ryan welcomed Hayes into the world on March 23 after announcing the pregnancy in Oct. 2019.