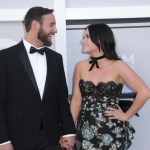 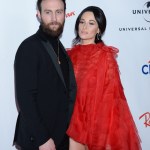 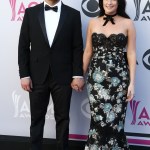 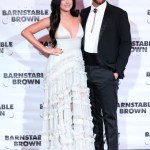 It’s over for Kacey Musgraves and her husband, Ruston Kelly! The country singers have decided to end their marriage after 2.5 years, confessing it was ‘a healthy decision’ in a lengthy joint statement.

Kacey Musgraves, 31, and Ruston Kelly, 31, have broken up. The news was confirmed on Friday, July 3 via AP News, and fans are absolutely devastated. Kacey and Ruston were married for less than three years at the time of their split. “With heavy but hopeful hearts we wanted to put our own thoughts into the air about what’s happening. These kinds of announcements are always met with scrutiny and speculation and we want to stop that before it even starts,” they said in a joint statement.

“We believe that we were put into each other’s lives for a divine reason and have both changed each other infinitely for the better. The love we have for each other goes far beyond the relationship we’ve shared as husband and wife. It’s a soul connection that can never be erased,” they also said. “We’ve made this painful decision together — a healthy decision that comes after a very long period of trying the best we can. It simply just didn’t work,” the statement went on.

“Though we are parting ways in marriage, we will remain true friends for the rest of our lives. We hold no blame, anger, or contempt for each other and we ask for privacy and positive wishes for us both as we learn how to navigate through this,” they concluded.

Fans began to grow concerned about the state of Kacey’s marriage when they noticed that she and Ruston had deleted all photos of each other from social media at the beginning of 2020. Many fans also pointed out that Ruston was MIA from the CMA Awards in November — Kacey attended with her pal, Gigi Hadid instead. It was a big night for the country superstar, as she took home the award for Female Vocalist of the Year, but her hubby was nowhere in sight.

On Jan. 1, the “Rainbow” singer posted a photo of herself kissing Ruston on the cheek with the caption, “seeing 2020,” to celebrate the New Year. However, that same week, Ruston shared a cryptic message on his own social media, which intensified the split rumors, and had a lot of people talking.

“This past year was a challenging and rewarding year, conflicts mixed with resolve and the ever struggle to do better with yourself every time,” he wrote. “But self-reliance and the industrial quest of knowing who you are, every day and in every action, does not mean aloneness. In fact, it’s quite the opposite. Your community and family and blood is a foundational element of who you are and your empowerment to persevere. It is your safety and your recharging. My own have been this to me, and being more present this year than ever has taught me the deeper value in that connection.”

The Grammy winner and Ruston first met at Nashville’s Bluebird Cafe, and connected during a songwriting session in May 2016. They got engaged in December of that year, and tied the knot less than one year later in Oct. 2017.