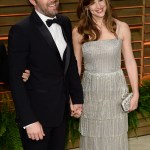 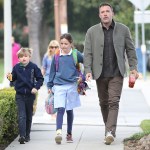 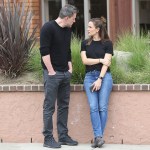 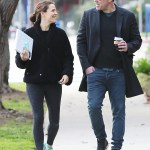 If anyone knows how to deal with life after a breakup, it’s Jennifer Garner. After a fan approached her with their post-marriage struggles, Jennifer assured them that good times will come again.

It started out innocently. “Quarantine, but make it fashion,” wrote Jennifer Garner, 48, on the June 29 Instagram post that showed her rocking nine different isolation-inspired looks. However, things took a turn for the serious when a fan opened up in the comments section. “I wish I had your happiness and feeling of security. And I don’t say that resentfully because you present yourself as a good and kind person,” they wrote. “Your actions show you to be good and kind. It’s that I have finally gotten the courage to tell my husband to leave after years of emotional abuse, and I feel like I will never find happiness or security. I find a sense of balm from seeing yours buts it’s also mixed with a winsome feeling because I don’t think I’ll ever be there.”

“He is so vindictive and powerful, and I have nothing and no one. Why am I saying this to a stranger? I really don’t know,” the fan added. After seeing the comment, Jennifer – who dealt with her own struggles while her marriage with Ben Affleck came to an end – had to offer her advice to the fan. “Your heart sounds heavy, I am so sorry,” wrote Jen. “Hopefully, you have powerful women in your corner, reminding you of your strength and your worth. Hopefully, you are able to calm your mind with prayer/meditation/ exercise/art. Laughter will come and really ― it is worth fighting for. Until then, all of my love.”

Ben, 47, and Jennifer were married for ten years before filing for divorce in 2017. Despite the split, the two have remained close. They continue to co-parent their children – Violet, 14, Samuel, 8, and Seraphina, 11 – while maintaining a healthy and respectful friendship. In fact, Ben contacted Jennifer before he decided to introduce his new girlfriend, Ana De Armas, 32, to their kids.

He definitely didn’t just blindly introduce them and, of course, communicated with Jen on this before doing so,” an insider shared EXCLUSIVELY with HollywoodLife. Ben, Ana, and his three kids were seen taking their dogs for a walk in Brentwood, California, on May 23. It was the first time that the Affleck children were seen with Ben’s new girlfriend. “It’s been a slow process getting the kids involved with Ana,” the insider added, “but so far they like her. They just want to see their dad happy.”