Ben Affleck and Jennifer Garner continue to be the most amicable of exes, even after The Way Back actor’s recent and rare interview about their divorce. The exes were photographed together in the Pacific Palisades area of Los Angeles, California. with their 8-year-old son, Samuel on Thursday, February 27.

Ben and Jen, both 47, reunited to pick up their youngest of three kids from a birthday party. Their daughters Violet, 14, and Seraphina, 11 weren’t pictured on the family outing. The meeting marked the first time Ben and Jen were pictured together since his personal confessions about their marriage and family life.

The actors were dressed causally for the day festivities, and even appeared a bit coordinated in their black tops. Jen rocked a dark short sleeve, while Ben opted for a long sleeve. He wore grey pants and Jen rocked a pair of jeans. The actress, who donned a fresh face, wore her hair in a  half-up messy bun. 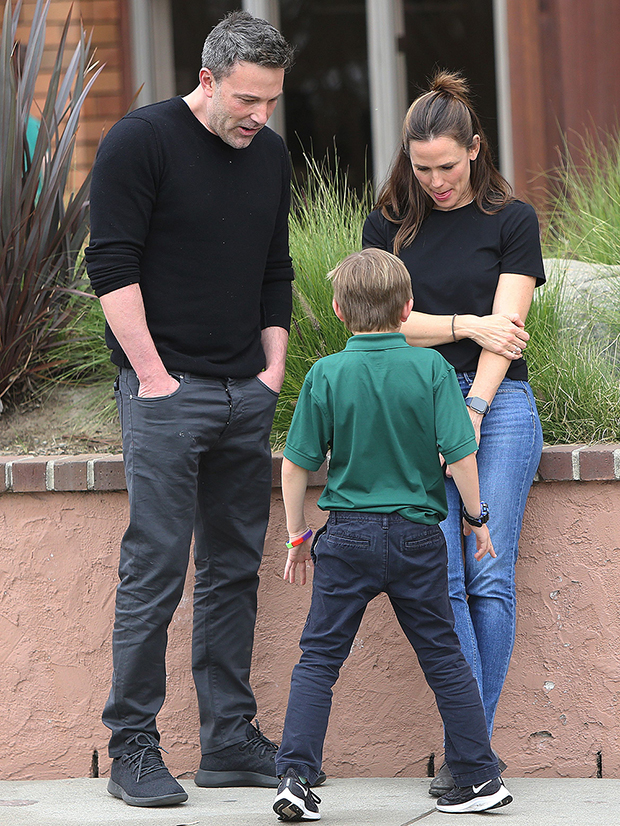 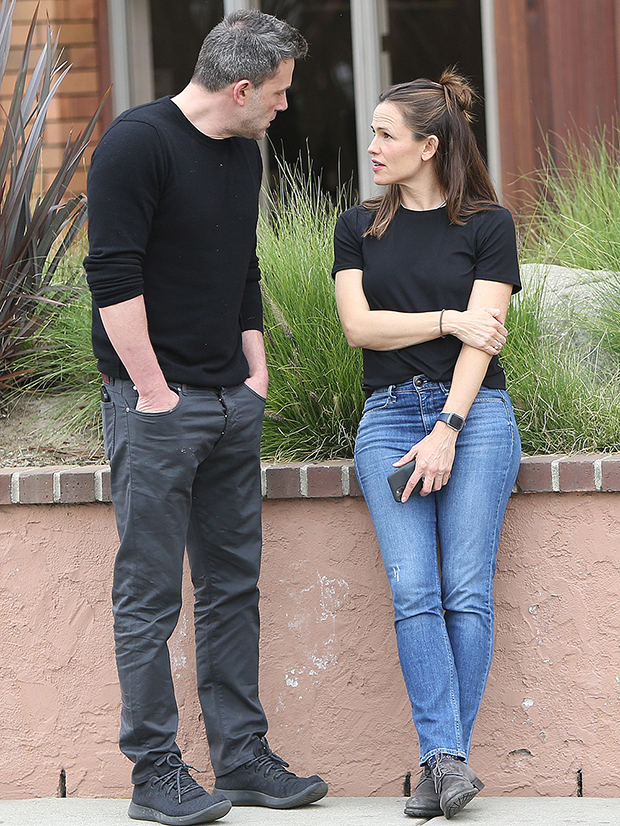 “The biggest regret of my life is this divorce,” Ben said in a candid interview with The New York Times, published on February 18. “Shame is really toxic,” he admitted, explaining, “There is no positive byproduct of shame. It’s just stewing in a toxic, hideous feeling of low self-worth and self-loathing.”

Ben also opened up about alcoholism, relapsing and his new lead role in the film The Way Back — a sports drama out in March, in which he plays a coach who is an alcoholic.

Ben and Jen separated in 2015 after 10 years of marriage, and officially filed for divorce in April of 2017. Their divorced was finalizes in October 2018. They’ve remained close friends, as Jen has helped Ben focus on his sobriety.