Halle Berry has a lot to celebrate! The actress, 53, will make her directorial debut in Bruised — a UFC inspired MMA (Mixed Martial Arts) movie  — at the newly revamped 2020 Toronto International Film Festival (TIFF) this September. She reposted a boomerang clip to her Instagram Stories, that showed her sitting in a custom director’s chair with her name printed on it in white writing. Halle re-shared the video from “Respin,” the digital health and wellness community she founded in April — partly inspired by her diabetes diagnosis at age 22.

Congrats to our forever #WCW @halleberry, whose directorial debut will be screening at this year’s #TIFF2020!!! #BruisedTheMovie 💕

“I’m going crazy, I’m humbled, thrilled, out here doing backflips in the yard to announce that my directorial debut #BruisedTheMovie will be screening at this year’s #TIFF2020,” Halle captioned a separate post on her personal Instagram feed, which featured a photo of her on the set of Bruised.

She continued, “Thank you @tiff_net for this wonderful acknowledgement! A special thank you to my unbelievable cast and crew, team of producers and the @ufc! See y’all in September!” Halle wrote, adding the hashtag “#TorontoInternationalFilmFestival.”

Many of her peers, including fellow directors, actors and actresses all congratulated Halle in the comments. “YOU DID IT,” Lena Waithe, creator of the current series’ The Chi, Boomerang, and Twenties, wrote. Kerry Washington, (singer) Michelle Williams, Taraji P. Henson and Us The Duo all shared sweet comments. 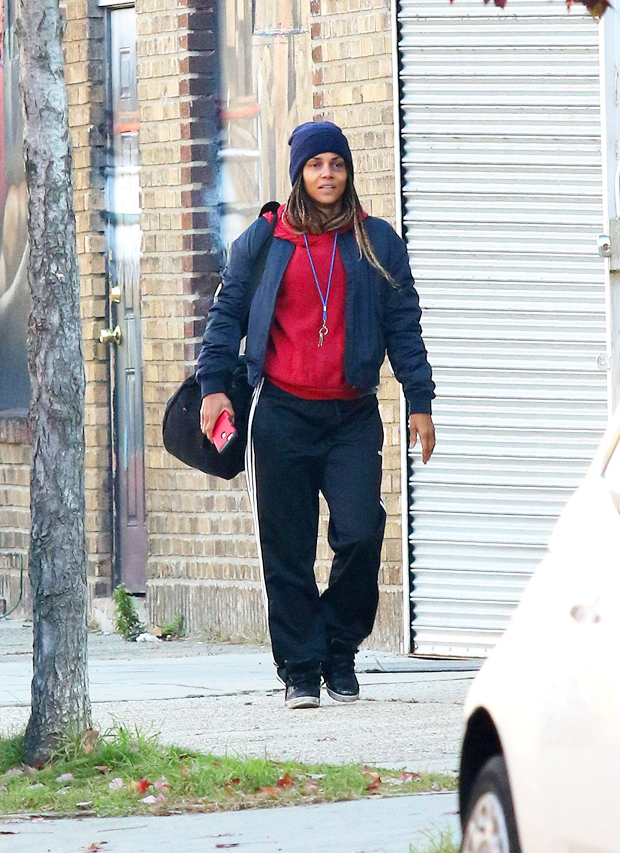 Despite being a health and fitness fanatic, Halle underwent months of physically intense workouts to prepare for her role in Bruised, in which she plays Jackie “Justice,” a disgraced MMA fighter trying to conquer her demons and reunite with her 6-year-old son, Manny. Halle’s trainer, Peter Lee Thomas took HollywoodLife inside his client’s training in an exclusive interview in March.

“It’s like the Navy SEALS, they have a 40% rule, and I shared that a lot with her. I think when you literally feel like you’re going to pass out and you’re going to faint, you’re actually only 40% there,” Thomas explained of his methods he introduced to the actress. “You actually have 60% more that you can actually dish out. It’s just that mind-body barrier that sometimes you’re trapped. I think with her, that’s what we did,” he continued, explaining, “We really used that every time at the end of her training, no matter what it was, and eventually, she just was like, ‘Okay, I can clearly see I’m getting better at this now.’”

Other stars who will debut new films at this year’s TIFF include: Idris Elba, Kate Winslet, Saoirse Ronan, Mark Wahlberg, and many more. Films that are debuted and screened at TIFF will begin the unofficial race to the Oscars. The annual film festival recently announced major changes to the event amid the COVID-19 pandemic.

TIFF, which is slated to take place September 10-19, will feature physical, socially-distanced screenings for the first five days of the event. TIFF will feature digital film premieres, talks and other activations over the full 10 days.