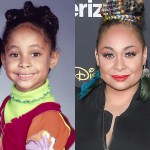 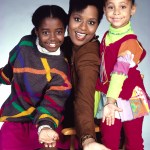 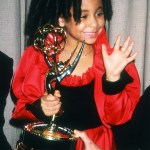 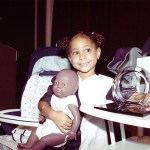 Raven-Symone and Miranda Maday‘s nuptials were legendary. Well, they had a legend in attendance as the one and only Debbie Allen, 70, who Raven has referred to has her mentor in the past, not only celebrated in their special day but also provided the food and drink for them and all of the other guests! “I was the caterer for guess who’s wedding,” she captioned next to a gorgeous shot of the iconic dancer posing with the happy brides. Debbie backed up her words by also sharing a photo of her stunning in a radiant yellow and white outfit underneath a black apron!

Jaws dropped after Raven broke the news about her wedding on social media. The longtime Disney star shared a beautiful photo of Miranda giving her the biggest of hugs from their backyard ceremony where they both were smiling from ear to ear. “I got married to a woman who understands me from trigger to joy, from breakfast to midnight snack, from stage to home. I love you Mrs. Pearman-Maday!” she captioned. “Let’s tear this world a new a**hole!!!”

Miranda also gushed about their big day on her own Instagram by posting snaps of them looking happier than ever while also giving fans a glimpse of their yummy wedding cake. But wait, there’s more! She uploaded the sweetest boomerang of herself and Raven kissing after making their union official, captioned, “8PM ~ my wife for life.”

“Raven and Miranda met because Miranda is in the production side of industry and they met that way. She was working as an assistant on a few shows over the years on various crews. She and Raven have kept their relationship very private for awhile,” a source dished EXCLUSIVELY to Hollywood Life.

“She’s never been happier,” our insider added about Raven. “They got engaged a few months ago very secretly and kept it very close to the vest. Some of their closest friends didn’t even know.”