We never thought this day would come, but Kit Harington‘s signature, sultry curls are a thing of the past. The Game of Thrones actor, 33, debuted a new, shorter do’ while walking his dog in London last Wednesday. Kit was nearly unrecognizable with a fully buzzed head — a far cry from his usual long, brunette hair. 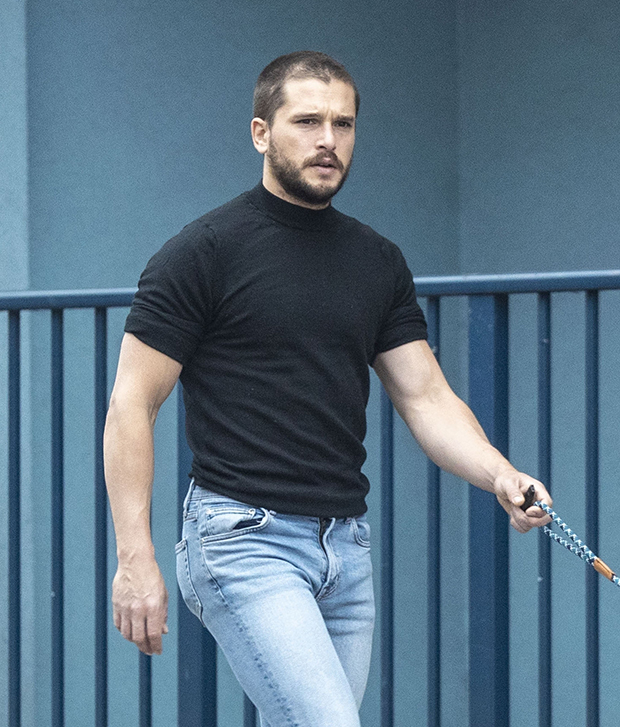 Kit Harington walking his dog in London on June 10, 2020. (Photo credit: BACKGRID)
Despite shaving off his curly locks, Kit still kept his full brunette beard. The actor showed off his muscular arms in a tight black t-shirt during the solo stroll. He stepped out in a pair of light-washed blue jeans and low grey boots. Kit was pictured carrying a plain brown bag, presumably filled with groceries or other at-home essentials. 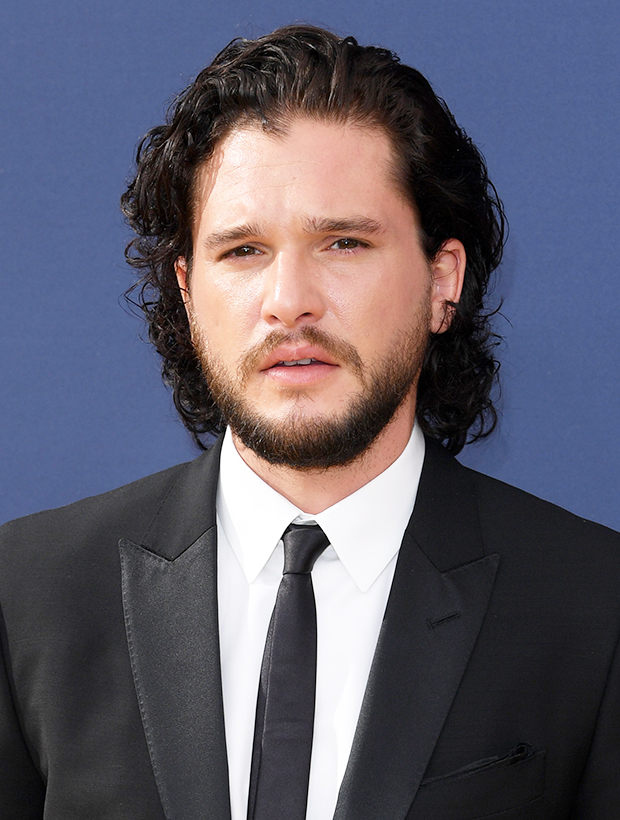 Kit Harington on the red carpet. (Photo credit: Shutterstock)
Unfortunately, Kit’s hair makeover came without warning since the actor doesn’t have any social media accounts. It’s unclear when he decided to let go of his longer locks, as the actor has been laying low in London amid the COVID-19 pandemic. He joins a slew of stars — including, Sarah Michelle Gellar, Emily Ratajkowski, Simone Biles, Usher and more — who’ve taken beauty risks (that paid off) while quarantined at home.

A humble Kit has expressed how surprising the fascination with his hair is. “It constantly causes me wonderment that people get so interested in my hair,” he told Sharp Magazine at the end of 2017 before he revealed the secret to perfecting his then-curly head of hair. “The longer it’s left without doing much washing, the better. That is the secret. Honestly, if you want medieval hair, that’s how you do it,” Kit explained.

He also noted that “the studio won’t let me cut it past a certain length” — in reference to his Game of Thrones role as Jon Snow, which is how his long locks became famous. “I’m waiting for that next part to come along where I can cut the damn stuff off. It’ll be a weird but brilliant feeling,” he said at the time. The eighth and final season of the fantasy drama television series, produced by HBO, concluded last May.

Related: Kit Harington & Wife Rose Leslie: A Look Back At Their Romance From ‘GOT’ Start To Now