Marta Kauffman became emotional while reflecting on the lack of diversity on her hit NBC sitcom, Friends. The show, which ran from 1994 to 2004, starred an all white cast including, Jennifer Aniston, Courteney Cox, Lisa Kudrow, Matt LeBlanc, Matthew Perry and David Schwimmer. The writer/producer, 63, who co-created the sitcom with David Crane, explained why she feels regretful over not diversifying the series while speaking during day three of ATX TV’s virtual festival.

She continued, “I mean we’ve always encouraged people of diversity in our company, but I didn’t do enough. And now all I can think about is what can I do? What can I do differently? How can I run my show in a new way?” Marta asked. “And that’s something I not only wish I knew when I started show-running, but I wish I knew all the way up through last year.” 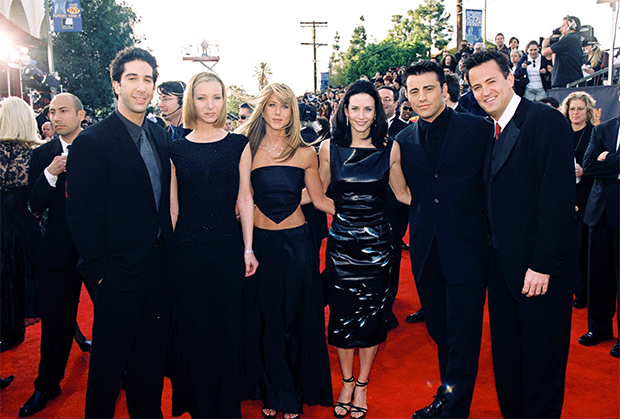 Marta opened up about her regrets on the show after many fans pointed out the lack of black actors on Friends. The conversation came at a time of nationwide protests over police brutality and racial injustice in wake of the death of George Floyd, 46. Floyd, an unarmed black man, died after being restrained by former disgraced police officer Derek Chauvin during an arrest in Minneapolis on May 25. Chauvin was officially charged in the death of Floyd on May 29.

The cast of the Friends is set to reunite for an unscripted special on HBO Max, the new streaming service that’s currently airing the show. It was previously streamed on Netflix. Marta divulged her ideal Friends reunion plans when she was hit with questions by reporters at the Producers Guild Awards in January. At the time, a Friends reunion on HBO Max hadn’t been confirmed.

“The six of them together reflecting, talking about their experiences, and the episodes … I’m totally behind it. Nothing scripted,” she declared, noting, “We will not do anything scripted.”

Marta is currently overseeing Netflix’s Grace and Frankie series, which she co-created in 2015. She is a writer, executive producer and director on the series.