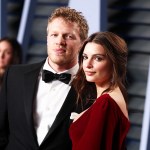 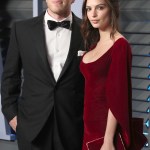 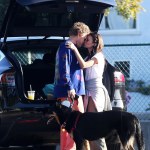 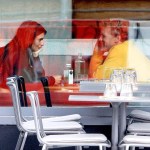 Emily Ratajkowski‘s husband Sebastian Bear-McClard has apologized for saying the ‘N’ word after he was called out for using the racial slur. The Uncut Gems producer took to Twitter on June 4, admitting he was wrong for “casually” saying the word. “I used a word casually like it was mine to use,” he began. “It’s not, it never was, and never will be. In the past few years I’ve learned a lot about my privilege as a man and as a white person and about the history of racism in this country.”

Sebastian went on to admit he was “ashamed” by his past actions. “Owning our missteps is a crucial part of changing the way the world operates. I’m embarrassed and ashamed and I sincerely apologize to everyone who I may have hurt,” he concluded. The apology comes amid nationwide outcry and Black Lives Matter protests following the tragic death of George Floyd.

Sebastian’s model wife, 28, has been an avid Black Lives Matter supporter, and appeared at protests in Los Angeles this week. Em Rata even took to Instagram to express her outrage, and admitted that she sometimes feels “so useless” while standing up for racial inequality. BET’s style director Danielle Prescod commented on the pic, calling out Sebastian’s use of certain words.

“You could start by talking to your husband, a white man, who has used the n-word repeatedly in my presence. So much so that another black friend was so disgusted she left [the party where he said it]. Another black woman had the same exact experience,” Danielle began. “You probably have never seen this behavior. I would like you to address the issues in your home and then you can help us out here. I would like you to ask him what he can do differently … I mean this with the utmost sincerity. It was hurtful and abusive.”

Emily’s husband posted his apology shortly thereafter. It comes as all four officers involved in the tragic death of George — Derek Chauvin, Thomas Lane, J.A. King, Tou Thao — have been charged. Thomas, J.A. and Tou have been charged with aiding and abetting second-degree murder and aiding and abetting second-degree manslaughter.

Derek, the officer who was seen kneeling on George’s neck for almost 10 minutes, has now been hit with an additional charge of second degree murder in his passing. The felony charge includes a sentence of up to 40 years in prison, according to the amended complaint obtained by HollywoodLife.