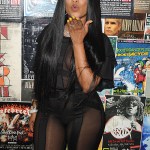 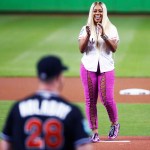 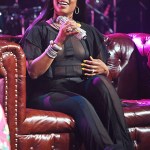 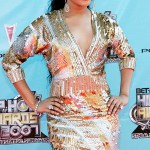 After getting dragged by fans for calling the George Floyd protesters ‘animals,’ rapper and ‘LHHM’ star Trina offered a sincere apology, adding that she’s ‘standing with’ her people fighting police brutality.

“I just wanna say that I apologize sincerely, to everybody I offended by what I said,” Trina, 45, said on the June 4 episode of her radio program, The Trick & Trina Morning Show. A day earlier, the rapper and Love and Hip Hop: Miami star made headlines when she seemingly called the people protesting George Floyd’s death “animals” and encouraged Miami-Dade County to move up its curfew. After facing a backlash online, she attempted to explain herself. “I spoke passionately about people destroying our community here in Miami, Florida, Dade County, Liberty City, the inner cities. I’m not trying to take away anything from anyone or anybody that has been harassed or abused by the police.”

“I can see where that was insensitive. … I take full responsibility because it was a mistake,” she said, before adding how she would never refer to “my people, black people, our people” as animals. She would explain her comments in detail, per The Shade Room: “Me, in my Trina’s world, I’m automatically speaking for Black people. I am the Black people. I am Black people. That’s who I’m speaking for, and I’m not going to say Black people are animals. But I didn’t say that ‘Hey, my Black people or all of my people.’ I’m not talking to you. Not the protesters that are trying to make a change.”

#PressPlay: #TSRUpdatez—This morning #Trina took time on her radio show to apologize for her recent comments about the protests that are going on out there and Miami and she clarified what she was talking about with her original comments!! (SWIPE)—(🔈: @99jamzmiami)

“I’m not calling nobody’s color or anything…I didn’t say Black people, my people,” she said, per Madame Noire. “And I would never say that or call Black people animals. Or any name. I am a Black person. I must be an animal. I must be the same person. I mean, that’s not who I am.”

The rapper faced criticism and cancelation after she made those “animals” remarks when talking with her cohost, Trick Daddy, on the June 3 episode of their 99 Jamz morning show. ““They need to make the curfew at 6 p.m.  Keep everybody off the street – these animals off the streets – that are running around in Miami-Dade County acting like they have escaped from a zoo. Lock them up at 5 p.m. so the streets can be nice and clean, that’s how I feel.”

“[They] run through, tear down our stores and burn down our stuff, breaking our stores and go and tear up Bayside Marketplace and tear up my friend’s shop that has a son and a family to take care of,” she continued. “You gonna demolish her shop for something? No.” When Trick tried to interject and say that the actions of a few weren’t personal, she wasn’t having any of it.