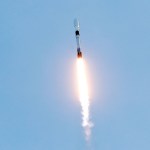 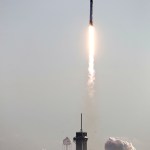 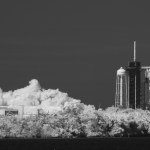 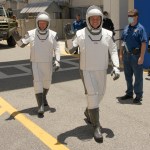 Second time’s a charm! SpaceX is preparing to launch NASA astronauts into space and usher in the return of human spaceflight to US soil, after the first launch was cancelled due to bad weather.

For the first time in almost a decade, the United States will launch its own astronauts into space. History will be made at 3:22 PM ET, on May 30, 2020 when SpaceX — the commercial space flight company founded by Elon Musk — sends a manned craft into Earth’s orbit. After the first launch was cancelled earlier this week due to bad weather, it is hoped the skies will remain clear for a successful launch. The 45th Space Wing, the US military arm that oversees all East Coat rocket launches, predicted about a 50 per cent chance of the rocket actually taking off, with May 31, and June 2, listed as possible back-up dates.

The two NASA astronauts on this mission are Robert “Bob” L. Behnken and Doug G. Hurley, two men who share a lot in common. They both joined NASA in 2000, both achieved the rank of colonel (Bob in the Air Force, Doug in the Marines), both are pilots, both have young kids, and both have the right stuff for the job. “I wanted to make sure everyone at SpaceX understood and knew Bob and Doug as astronauts, as test pilots — badass — but also as dads and husbands,” said Gwynne Shotwell, SpaceX president, said in a news conference earlier this month, per The New York Times. “I wanted to bring some humanity to this very deeply technical effort as well.”

After the Space Shuttle program was shuttered, NASA turned to the private sector to develop a spacecraft that would be able to take astronauts to and from the International Space Station. This was done in hopes of finding a more cost-effective solution, according to CNN, while NASA dedicated its resources to exploring deeper into the solar system. Since 2011, the US has sent astronauts up to the ISS, but they’ve done so via Russia’s space program. These trips have cost the U.S. as much as $86 million each (on average, about $55.4 million over the past decade.) The cost of this Crew Dragon mission will cost about $55 million each, per CNN, but those are estimates based on a contract for the first six missions.