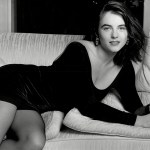 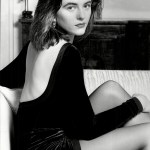 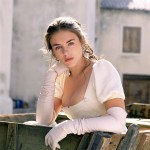 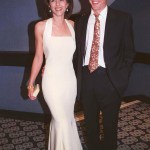 Elizabeth Hurley proved yet again that she never ages by slipping on a tight Versace dress that she wore on a 1999 red carpet. She looks just as sexy in the outfit as she did two decades ago!

She’s supposedly less than a month away from turning 55, but Elizabeth Hurley clearly hasn’t aged a day in the past 20 years. The Royals star, 54, unearthed one of her most iconic red carpet looks for a Harper’s Bazaar at-home feature, and she’s still slaying. Liz picked the dazzling, pink foil Versace dress to wear (see the pic HERE) as an example of an item of clothing that “transports you to your happy place.” And it’s easy to see why. “I’ve got a zillion great memories and I can remember what I was wearing in all of them,” Liz told the magazine. “The dress I unearthed for this shot is Atelier @versace and I wore it twenty one years ago to the CFDA Fashion Awards. I was with my then boyfriend Hugh Grant and had a blast. I put it away in acid free tissue paper straightaway and it’s still perfect!”⁣⁣

Perfect is an understatement! When Liz first wore the Versace stunner, she was 33 years old and at an amazing moment in her career. She had just starred in the classic comedy Austin Powers: The Spy Who Shagged Me, and was about to play the devil in Bedazzled. Each of her red carpet looks was truly one to remember. This foil number showed major leg with a thigh-high slit, and accentuated her tiny waist and flat stomach in the clingy material. She completed the look with matching pink peep toe heels, and a sparkly clutch bag. Such a superstar! You can see two photos of her 1999 CFDAs look (plus a bonus Hugh Grant appearance) below.

Now fast forward to 2020, where that dress still fits Liz like a glove. Rather than hit another red carpet, the swimwear designer slipped back into the frock to watch television in bed. In the photo, Liz lounges on a fur blanket with the dress bunched up around her thighs, making it into an ultrashort mini. She still has those impeccable legs. If you told us these photos were taken around the same time, and not two decades apart, we would have absolutely believed you!

When she’s not posing for magazine features, Liz is spending her quarantine in England prepping for turning the big 5-5 on June 10. That involves eating right, exercising, and focusing on her health, as she always does, a source told HollywoodLife EXCLUSIVELY. “She likes defying the odds and the way she looks and maintains is something she never takes for granted,” the source explains. “She loves always proving people wrong and looking good doing it. Now who doesn’t want to be in their twenties but turning 55 is going to be awesome and something to look forward to.