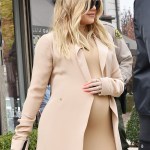 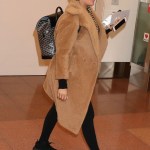 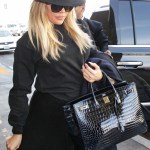 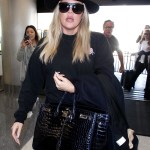 Khloe Kardashian made it clear she wasn’t happy with the public thinking she was pregnant again in a series of tweets on May 13 and we’re learning why the speculation has ‘always been a trigger’ for her.

Khloe Kardashian, 35, took to Twitter to address the recent rumors that she’s pregnant with her and ex Tristan Thompson‘s second child and made it clear she wasn’t happy about the situation and now we’re finding out exactly why it bothered her so much. The mother-of-one never feels comfortable with pregnancy speculation because it seems to shed light on her body, which she doesn’t appreciate, and it brings back the rough past she had with Tristan, who is the father of her daughter True, 2.

“Khloe has dealt with pregnancy rumors for years and years and it’s always been a trigger,” a source EXCLUSIVELY told HollywoodLife. “No matter how fit she is having people commenting on her body and saying she’s pregnant just feels really crappy. But what really upset her more than anything were the comments about her and Tristan. She’s extremely sensitive when it comes to him because of True. When people say mean stuff about Khloe she can let it roll off her back pretty easily but anything that relates to her daughter in any way triggers the mamma bear in her and she feels like she has to fight back.”

Although Khloe is used to being in the public eye, there are certain struggles within her life, like when she was trying to get pregnant with True, that hit a sensitive point and she can’t help but get emotional when people bring up another pregnancy that is not real. “Thanks to their life and their show the Kardashians and Khloe are usually pretty fine with addressing her life and all that comes with it,” a second source EXCLUSIVELY told us. “Khloe has really talked about everything and, since it was such a struggle to get pregnant the first time, it is something that really sets her off emotionally when it comes to people talking about bringing another kid in the world. She wants to play by her own terms when it comes to having another child and she doesn’t want anyone — from online trolls to others — to dictate here future [when it comes to] having or not having children.”