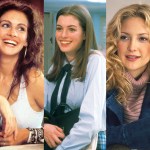 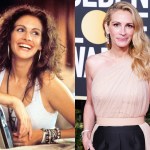 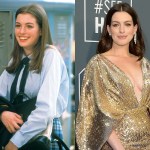 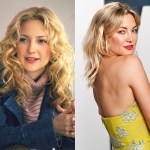 Anne Hathaway tears up talking about how beloved director Garry Marshall changed her life during ‘The Happy Days of Garry Marshall’ special. She gushed that her ‘dreams came true’ because of him.

Garry Marshall helped give Anne Hathaway her big break in Hollywood when he cast her as Mia Thermopolis in The Princess Diaries. Anne was one of many stars to pay tribute to their beloved Garry in ABC’s The Happy Days of Garry Marshall special. “He made us. For so many of us, we have careers because of him. Our greatest dreams came true because of him,” Anne said during the special as she wiped away tears.

Anne returned to the role of Mia in the 2004 sequel, The Princess Diaries 2: Royal Engagement. Anne has gone on to win an Oscar, but The Princess Diaries has a special place in her heart. “The Princess Diaries changed my life,” Anne said. “The reason it changed my life was because Garry Marshall directed it. Because he was the one leading me every day. Because he was the one teaching me.” She noted that “he went out of his way to make sure that I knew why it was important to be a good person in this business. I realize that in situations when you go onto sets and things are stressful and people are freaked out and people are fighting, you can still bring the joy because Garry taught me how to bring the joy.”

Garry passed away on July 19, 2016, due to complications of pneumonia after suffering a stroke. Anne opened up about saying goodbye to her beloved Garry. “It just seemed fitting to me that the day he let go and transitioned was on a full moon,” Anne said. “I think he would have liked the shot. It’s romantic, it’s magical, and I can’t think of anything more fitting for Gary.”