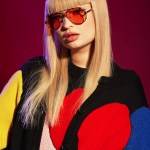 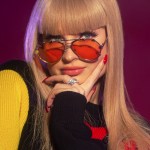 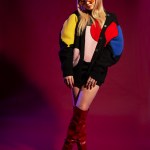 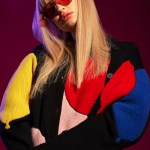 Ever fall so hard for someone that you get lost in your feelings? Kim Petras takes a joyride down the Pacific Coast Highway of love after finding someone who makes her glimmer like ‘Malibu.’

There’s a certain kind of love, a Cali-type of love, that makes every day feel like the best day of summer. It’s the kind of love that tastes the way neon light glows, and it’s the kind of love that’s at the center of Kim Petras‘s new dance bop, “Malibu.” The uncrowned princess of pop, Kim sings about a lover whose kisses taste like the iconic southern California town. Set against an instrumental that sounds like it was plucked straight out of the late’ 70s/early ’80s before given a 2020 glow-up, Kim vocals shine as she sings the California-flavored lyrics. It’s 2020’s first great song of the summer, and it’s hard not to think about finding a socially-isolated beach with a bae for some fun in the sun.

“‘Malibu’ is a return to color, the feeling of being in love, and the escapism pop that I love the most,” says Kim in a statement about the new song. “After Clarity, I had cried all my tears and moved on, so this is a reflection of how I’ve been feeling. I just want ‘Malibu’ to be a fizzy, refreshing drink that comes to you during this quarantine and makes you forget all your anxieties. I hope this can be a little vitamin shot that brightens your day.” Mission accomplished, Kim.

Kim spoke with HollywoodLife earlier in 2020, right before her debut appearance at Coachella. “I’m definitely preparing something crazy. I want this to be like the best moment of the last two years in 35 minutes,” Kim said during her EXCLUSIVE interview. “I want to just like jam-pack it with the best of. I might have a new song or something. I’m definitely going to do stuff that I’ve never done. It’s a one-time-only thing.” Unfortunately, as everyone knows, the festival was postponed due to COVID-19, so Kim will be able to unleash this incredible, once-in-a-lifetime spectacle during the dates of Oct. 9-11/16-18.

As Kim said, she’s all out of the tears she shed on her previous album, Clarity. Fans can expect more colorful explosions of pop joy from her. “I’m just going to try and have it sound a little different from anything that I’ve done and go somewhere completely else,” she told HollywoodLife about her new musical direction in 2019. “That’s like saying nothing, but it’s saying a lot.”

“Malibu” is out now.