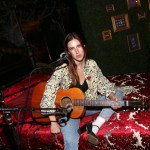 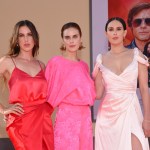 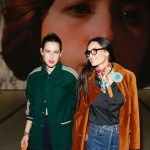 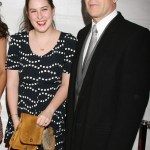 Scout Willis explained why her parents, who have been divorced since 2000, have been quarantining in Idaho together while Bruce’s second wife, Emma, is staying in L.A. with their two daughters.

It looks like there’s a very good reason that Demi Moore, 57, and Bruce Willis, 65, have been spending time in isolation together with their daughters at an Idaho home they once owned and their third oldest daughter Scout, 28, is spilling all the details on what that reason is. The family started causing confusion when they began sharing photos of themselves quarantining together due to the coronavirus pandemic while Bruce’s wife Emma, 41, whom he married in 2009, was in Los Angeles, CA with their two daughters Mabel, 8, and Evelyn, 5, but Scout says it wasn’t what they planned and circumstances out of their control is what caused the spontaneous situation.

“My stepmom was going to come up here too with my little sisters,” Scout said on a recent episode of the Dopey self-help podcast. “[But] my younger sister… [who has] never gotten a talk about not f***ing with hypodermic needles…. she found [needles at a park and] she actually tried to poke her shoe with it and poked her foot. So my stepmom had to be in LA waiting to, like, get the results for taking her to the doctor. My dad came up here early and then travel got crazy and my stepmom stayed in LA with my little sisters.”

Although the quarantine setup could be an awkward one, Demi and Bruce, who also share daughters Rumer, 31, and Tallulah, 26, seem to be great friends. The former couple were married from 1987 until 2000 and Scout went on to say that it’s been “so cool” to be spending time with her parents in the same place 20 years since their split. “It’s been really funny having both my parents at the this house where they, like, raised us,” she continued to say on the podcast. “It’s kind of divine time to just hang out with them. … I’m very grateful to be with my family.” She also admitted that although some of them had some issues in the past, everyone in her immediate family is sober and it’s been making their quarantine time even better. “We all know how to communicate so well now because of that,” she said. “I’m in a good place to deal with any emotional intensity that comes up with people.”