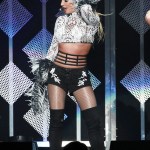 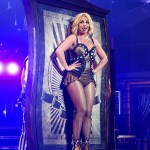 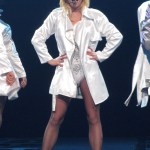 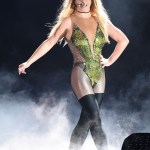 Twenty years after her massive debut, is Britney Spears ready to ‘do it again’ and take over the music world? We’ve EXCLUSIVELY learned if the ‘Princess Of Pop’ is busy working on a comeback.

It’s been two decades since “Oops…I Did It Again” and four years since Britney Spears’ last album. Since the release of Glory in 2016, a lot has happened. She struck up a romance with Sam Asghari, canceled a Vegas residency due to her father’s health scare, underwent a quick stay at a mental health facility, and struggled with her conservatorship. It seems that her focus has been on everything but music, and that’s not likely to change in the immediate future. “Britney has no plans to make any new music anytime soon,” a source tells HollywoodLife EXCLUSIVELY. “Britney does share with those close to her that she would like to make a comeback in music one day again, but she’s nowhere near that.

“Right now, she’s working on herself as best as she can as she would love to regain more independence in her own life,” the insider tells HollywoodLife. Britney’s estate and financial assets have been under conservatorship since 2008. Her father, Jamie Spears, 67, has mostly overseen the conservatorship, and many supporters of the #FreeBritney social media movement have theorized that she’s being controlled. (Her longtime manager, Larry Rudolph, denounced this, telling the Washington Post that “conservatorship is not a jail”) Right now, though, Britney’s biggest focus is “staying on a consistent regimen. Never say never about new music because, with the right team, she can do something, but right now, she’s just not in a place to be making new music.”

So, don’t expect a new album to come from Britney while she stays isolated due to the COVID-19 coronavirus outbreak. “Britney is going a little stir crazy in quarantine,” a second source tells HollywoodLife EXCLUSIVELY, “but she is battling through it and doing tons of Yoga and working out. Her family life is strong and things are going really well on that front. She is not interested in making much music right now, but she thinks when we are all out of this, she would like to get back to it and eventually return to Vegas since she had to cancel it when her Dad got sick.”

“No one should be feeling bad for her right now. She and her family are doing pretty good, all things considered,” the source adds. It was her family, specifically son Jayden Federline, who told his Instagram Live viewers in March that he thought his mother might have given up on her music career. “Actually, I haven’t seen her doing a lot of music at all. I don’t think that … I don’t know, dude. I don’t even know. I remember one time I asked her, I said, ‘Mom, what happened to your music?’ and she was like, ‘I don’t know, honey. I think I might just quit it.’ I’m like, ‘What? What are you saying? Like, do you know how much bank you make off of that stuff?’ ”