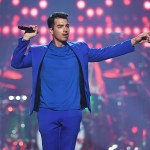 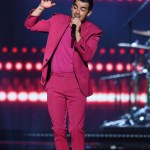 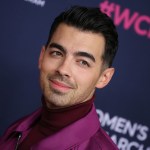 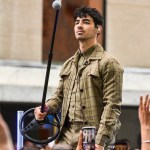 Aly & AJ dispelled the myths about which song of their was about Joe Jonas years after the track was released!

The truth has finally come out! Aly & AJ, one of the biggest pop duo’s to emerge in the mid-2000’s, set the record straight over which song of theirs is about Joe Jonas, 30, in a tweet shared on Thursday, April 9. Joe and AJ Michalka, 29, briefly dated one another during The Jonas Brothers‘ Disney Channel days way back when and fans have been convinced ever since that the track about him was their smash hit, “Potential Breakup Song”. Nope! Aly & AJ confirmed on Twitter that the song about the DNCE frontman was “Flattery” off their Insomniatic album. It was a surprising response given that she mailed him a piece of birthday cake while they were dating and “Potential” referenced the guy in question forgetting her birthday. Hmmm.

Joe at this point could have a soundtrack about the songs that other girls he’s dated have written about him. Taylor Swift, 30, did this multiple times with her tracks “Forever & Always” and “Last Kiss.” She even called him out during her debut Saturday Night Live monologue which she also talked about on a memorable episode of The Ellen DeGeneres Show. “It’s all right. I’m cool,” she told Ellen about their split. “When I find that person that is right for me, he’ll be wonderful. When I look at that person, I’m not even going to remember the boy who broke up with me over the phone in 27 seconds when I was 18.” Ouch!

But wait… there’s more! Another former flame of Joe’s, Demi Lovato, also wrote a song about him called “Gonna Get Caught.” All of these situations are clearly in the past as he appears to be blissfully happy in his marriage with former Game of Thrones star Sophie Turner, 23.

The married couple’s time together in quarantine took a turn for the interesting when he rocked a full face of makeup on Thursday, April 9. “He finally let me do his makeup,” she captioned a closeup photo of her husband sporting magenta eyeshadow all over his lids. “That highlight,” she added on a second photo that showed the singer’s side profile and glistening cheek bones.