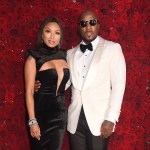 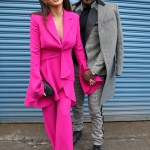 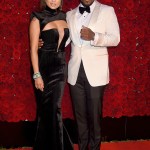 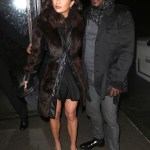 Congratulations are in order for Jeannie Mai & Jeezy — after more than a year together, the couple got engaged on March 27, and happily shared the news days later.

Jeannie Mai and Jeezy got engaged on March 27, they confirmed to People 10 days later, on April 6. Jeezy had been planning to propose to Jeannie during a trip to Vietnam this April, but due to travel restrictions amidst the coronavirus outbreak, their trip was cancelled. So, the rapper came up with another plan to propose during a night in while quarantined. “Jay decided to bring Vietnam to Jeannie with a surprise quarantine date night in his home, filled with Vietnamese food and decor,” Jeannie’s rep confirmed.

People also obtained the first photo of Jeannie’s massive engagement ring, WHICH YOU CAN SEE HERE. The ring is a giant, oval shaped diamond on a thick silver band. In the photo, Jeannie proudly held up her finger while Jeezy snuggled her from behind. The pair first met on Jeannie’s talk show, The Real, back in 2018, and began quietly seeing each other. Fans began wondering if they were dating at the beginning of 2019, but Jeannie shut down the speculation.

“Jeezy and I hang out,” Jeannie explained at the time. “He’s very special to me and we don’t really have a label to define what we’re doing. We’re just having a good time together.” However, things wound up getting more serious, and they went public with their romance in August.

By September, Jeezy was acknowledging Jeannie as his ‘Woman Crush Wednesday’ on Instagram, and it was no secret that they were a hot and heavy item. Now, the two are gearing up to spend the rest of their lives together, and we could not be happier for them!