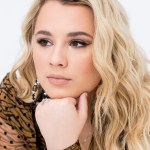 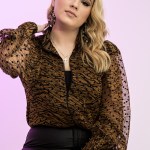 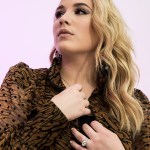 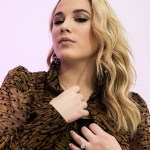 Gabby Barrett’s career has taken off since her third place finish on ‘American Idol.’ She tells us if a collab with fellow contestant and now husband Cade Foehner is in the works.

Gabby Barrett managed to take a third place finish on season 16 of American Idol and turn it into a successful country music career. Thanks to the show, the 20-year-old also met her husband, fellow contestant Cade Foehner. Now that Gabby’s singing career has taken off and she’s hitting the road as Brad Paisley‘s opening act, she tells HollywoodLife.com in an EXCLUSIVE interview if she’ll include a collaboration with Cade on her upcoming album. “Maybe. Maybe girl,” she teased.

“I won’t give too much detail on the album away, but it’s very…Some people will be one, two, three albums in and then the fourth one they do, they’ll be like, ‘Okay, this album is very me.’ This first album you will see is very me to start with. Everything about it, it’s a mix of things. I will say there’s wonderful collaborations and cool things going on there,” she tells us.

“I think being married changes your life, obviously changes your life forever. But it changes the way you think about things. You go about things, you make decisions, what you write about, all of that in the best way. I think it’s going to be a really cool album,” the “I Hope” singer reveals.

Gabby gushed about how Cade is putting her career first. “He is a very, very, very sacrificial person. That is something that I absolutely love about him and is very humbling about him is, he would sacrifice his stuff to back up his wife. And that is amazing. I couldn’t ask for somebody better.” In fact, that’s how Cade is pursuing his career with their new life in Nashville. “He starting to take a lot of musical parts. He’s really good at guitar so a lot of the songs that you hear. You’ll probably hear him playing guitar on it,” she explains. We can’t wait for more music to come from this talented couple.