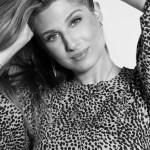 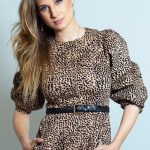 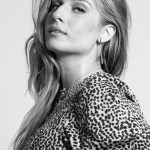 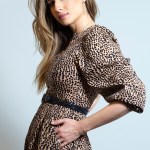 Emily Arlook sat down with HL EXCLUSIVELY to talk about her new coming-of-age movie ‘Big Time Adolescence’ and Nomi’s pregnancy storyline on ‘grown-ish.’

Emily Arlook is all about a great coming-of-age movie and that’s part of the reason why the role of Kate Harris in the new film Big Time Adolescence, which is now available on Hulu and in select theaters, stood out to her. “I’m a sucker for a coming-of-age story so that right off the bat I was immediately drawn to, and Jason Orley, who wrote it and directed, I’ve known for a little bit. I just trust him so much, so I think it was the pairing of those two things,” Emily told HollywoodLife.

The movie follows 16-year-old Mo, who navigates the highs (sometimes literally) and lows with his older best friend Zeke. Although Zeke cares about Mo, his life lessons send Mo down a path full of trouble. Emily plays Mo’s older sister and Zeke’s ex-girlfriend. Zeke may be a troublemaker and unmotivated, but he’s charming as hell. “I feel like there was more than one Zeke in my life,” Emily said. “Those are definitely the types of people that it’s easy to gravitate towards at a specific moment in one’s life when you’re really impressionable. It’s a very alluring type of personality.”

Emily expanded on why people like Mo often find themselves in the orbit of people like Zeke. “I think that kind of ‘f**k it’ attitude… there’s something so refreshing about that, especially for Mo, who’s a really hard-working kid in high school,” she continued. “To see somebody who kind of represents the opposite of that makes it easy to gravitate towards that.” Pete Davidson is a big reason why Zeke is so alluring. “I’m so impressed by his work,” Emily said. “I think that he did an amazing job in the film and I’m really excited for people to see him. He’s truly great.”

In addition to Big Time Adolescence, Emily also stars as Nomi in the hit Freeform series grown-ish. The third season started with the big reveal that Nomi is pregnant! This is a game-changing storyline for her character and Emily has fully embraced it. “I was happy because it’s such an amazing storyline to get to play, and it’s such a powerful storyline,” Emily told HollywoodLife. “Grown-ish excels at discussing real-life topics of what’s going on a college campus and pregnancy is one of those things. I kind of figured why shy away from something that’s so prevalent on college campuses, and I thought it was great that it was Nomi because I think she was kind of the least expected.”

In the spring finale, Nomi goes into labor while FaceTiming Zoey, so it looks like we’ll be meeting the first grown-ish baby when the show returns. Emily couldn’t say much about what’s next but could tease: “There may be more information about the father. There may be more exploration there.”

Emily stars alongside Yara Shahidi, Trevor Jackson, Luka Sabbat, Francia Raisa, and more in the critically-acclaimed Freeform series. The grown-ish cast is truly one of the most talented ensembles of young talent in Hollywood right now. “I truly feel like I won the lottery with this job because the show in and of itself is amazing,” Emily said. “But more than that, the people that I work with literally are like family. We’re so connected. We text all the time — working or not. We’re each other’s biggest fans. It makes work really fun because it just feels like we’re hanging out.”