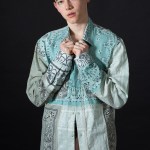 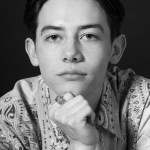 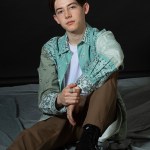 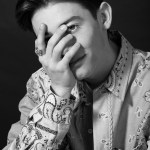 Griffin Gluck stars in the coming-of-age dramedy ‘Big Time Adolescence’ and sat down EXCLUSIVELY with HL to talk about working with Pete Davidson, his thoughts on Mo and Zeke’s friendship, and more.

Big Time Adolescence will always be near and dear to Griffin Gluck’s heart. The film, which is out in theaters and now streaming on Hulu, follows a teenager named Mo who tries to go through high school listening to the guidance of his best friend Zeke (Pete Davidson), a charming but unmotivated college dropout. As Mo follows Zeke’s advice, he finds himself making mistakes and facing big time consequences. HollywoodLife spoke EXCLUSIVELY with Griffin about taking on the role of Mo and why this movie means so much to him.

“Big Time has such a special place in my heart. The filming experience, those two months that we were in Syracuse, I’ve made a bunch of new friendships, I strengthened older ones. My friend Thomas Barbusca, who I’ve worked with since middle school, he’s in this so it worked out really fantastically. It was like summer camp for a bit. Big Time taught me a lot about friendship. Pete also taught me a lot about friendship. It’s not all about saying hi every day or getting you a coffee or stuff like you use to become friends with people. It’s more about just checking in on people and making sure they’re doing well. With Big Time, it was all about just making sure everyone was supported and feeling good. I think that’s the only way we got it done.”

Griffin instantly related to Mo and understands why Mo would be so drawn to Zeke, even though Zeke isn’t the best example for him. “I think it’s just natural for teenagers to be attracted to people like that,” Griffin continued. “Mo says it in the opening that Zeke was the only one not to treat him like a kid, which is something that I’ve experienced all the time growing up. I’m small. I’m very scrawny. I’m not a huge, built guy. I’m always ‘little man’ or ‘my little buddy over here.’ I’m fine with all my friends calling me that, but Zeke is the type of person that doesn’t see him as the small, scrawny kid. He sees him as an actual human being and he makes Mo feel cool because he doesn’t make Mo feel he’s just the small kid. I think Mo thinks he’s cool, too.”

Over the course of the film, Mo continues to crawl further down the rabbit hole under Zeke’s influence. He is eventually expelled from school, and when Zeke doesn’t take it seriously, that’s when Mo realizes that the friendship is toxic. The end of the movie features a four-month time jump and Mo talking with Zeke. Zeke acts like nothing has changed, but everything’s changed for Mo. The final seconds show Mo driving away from Zeke, leaving their friendship behind.

“Watching that back, honestly, was so much better than filming it,” Griffin noted. “I couldn’t really see anything. The script pretty much just said just drive forward in the car. I think Jason drew from Y Tu Mamá También for that. But for Mo, it’s really just the moment where he decides to move on with his life. He’s gone through all of this drama and all of this heartache and the biggest mistakes he’s ever made. Now after like four months of dealing with the punishments, he’s finally faced with what caused him to make all those mistakes again and he has to make that choice to sort of just keep going. It’s heavy. It just kind makes you sad because you see a friendship breaking up.”

Griffin doesn’t rule out the possibility of Mo and Zeke being friends again, but it’s all dependent on one thing. “I think Mo has the capability for growth and acceptance and going back to Zeke,” he said. “I think Zeke would just have to change for Mo to even want to. Otherwise, it’s just going to be the same as it was.”

Griffin and Pete got to work very closely together over the filming process and there was ad-libbing aplenty. For Griffin, having that creative freedom with Pete was thrilling. “He’s so funny,” Griffin said about Pete. “I mean, if he came up with a line reading that he thought would be funny for me, then he’d give me a line. He’d throw me a line and I would just do a take like that. Pete’s a hilarious guy. I’m not going to be like, ‘Nah, it’s not funny.’ There were a lot of really, really funny moments. Like when I come back in before I get the tattoo after I kissed the love interest, that was all pretty much just Pete’s improvisation or him just being like, ‘I think this is a funny joke.’ All of us were like, ‘Yeah, that’s hilarious.’ We would just go with it and see where it would take us.”

With Big Time Adolescence, there’s no real happy ending for any of the characters. Everything’s not tied up in a neat little bow. That makes the movie one of the most relatable coming-of-age films in a while. Griffin opened up why he thinks the movie accurately portrays the youth of today. “I don’t think it’s trying too hard to portray some love story,” Griffin explained. “The basis of Big Time Adolescence isn’t a love story. It isn’t someone trying to change. It’s not about the prom, which I feel like so many high school movies are about. It’s not about any of the actual aspects of school. It’s actually about learning from your mistakes and making those mistakes, which is something that every kid does. Zeke says in the movie, ‘It’s the point of being a kid. You get to f**k up and then you deal with your mistakes and you grow from them and you learn from them.’ I think that really what sets this apart from so many other high school movies is it’s not at all about high school. It’s about figuring out who you are, which is what everyone does in high school. I think that’s what really got it right.”