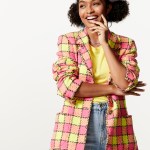 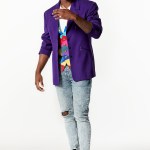 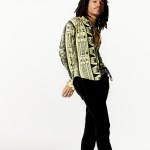 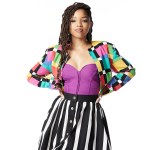 ‘Grown-ish’ returns for season 3 on Jan. 16 and somebody’s pregnant. HL spoke EXCLUSIVELY with Trevor Jackson about the pregnancy shocker and what’s coming up for Aaron.

There’s a baby on the way this season on grown-ish. One character is pregnant — 5 months to be exact — so there are major changes ahead. HollywoodLife chatted EXCLUSIVELY with grown-ish star Trevor Jackson about this bombshell. “I think it’s going to impact the show massively just due to what life does and having a child obviously changes things,” Trevor said. “It’s great that we’re talking about that because it’s something that happens often and there’s not really a handbook on how to handle it. It’s nice to show people that may be experiencing similar things and that they’re not alone and we all have to figure it out.” Trevor wouldn’t say when we’d find out who is expecting but he did tease that he was “surprised and excited at the same time” about the reveal.

As for what’s next for Zoey and Aaron, Trevor said that their kiss “will be addressed for sure.” He also noted that the Aaron/Zoey/Luca love triangle could become a “little rectangle” in season 3. Trevor is firmly Team Aaron when it comes to who is the best guy for Zoey. “I’m kind of biased,” he said. “I think Aaron is the right guy.”

Season 3 is going to be an important one for Aaron. Trevor discussed Aaron’s arc and said Aaron does some “maturing.” He’ll “continue his activism” and be talking about issues like mental health, student loans, toxic masculinity, and cultural appropriation. “I think as he’s growing so does his mind and Zoe could or could not be intrigued by that,” Trevor hinted.

The synopsis for the season 3 premiere reads: “It’s Junior year and the gang throws an HBCU-themed Homecoming party to kick off the semester at their new off-campus house. Zoey returns from her summer internship abroad and realizes that she has to confront her feelings for Aaron and Luca quickly. When she learns about Luca’s grand gesture last semester, she needs to decide how she feels about it while balancing the high demand of her dream job, working for Joey Bada$$. Meanwhile, the rest of the crew is left to deal with some of the repercussions of their big mistakes before summer break, including an unexpected reveal of someone expecting.” Grown-ish airs Thursdays at 8 p.m. on Freeform.